Australian electricity must get more competitive: Here’s how 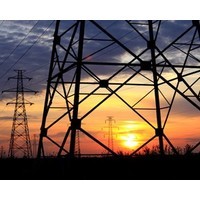 The University of Queensland’s Global Change Institute (GCI) has researched the characteristics of a competitive electricity system and what the electricity system might look like in a couple of decades given current policy and institutional settings. The first paper of this three-part project was published in January 2012; paper two is released today. Paper three will be released later this year.

The findings were that Australia has a power system that is not resilient, nor competitive, compared to our resource-rich competitors. And Australian power system resilience has declined over the last two decades. What was not surprising (once the declining resilience was apparent) was that Australia’s share of electricity-intensive metals processing has decreased over the last two decades.

In order to understand the implications for future competitiveness, the introduction of alternative sources of generation to displace ageing and inefficient coal generation were analysed for their effect on the National Electricity Market.

The five scenarios modelled were grouped in three categories, as follows:

The challenges facing the power industry are significant. A large proportion of the current infrastructure needs to be replaced. Meanwhile, the industry is under the gun for escalating prices, and has to dramatically reduce carbon dioxide emissions by 2050.

The dominant industry view is to replace high-emitting coal-fired power stations with gas turbines. But many prominent voices are calling for nuclear and carbon capture and storage. This tends to ignore or discount the global shift and public support for renewable and distributed generation.

If the dominant industry view is accepted and gas displaces coal, the power system in 2035 will be only marginally more resilient or competitive. Despite meeting the objective of affordable infrastructure renewal, replacing coal with gas will not:

• Respect public support for a shift to renewable forms of energy

• Will not ensure lower wholesale electricity prices than the other scenarios unless the global price for liquefied natural gas declines dramatically.

Displacing coal with nuclear or enabling carbon capture and storage (CCS) from coal-fired power stations will have a higher infrastructure replacement cost. But it will set Australia on a better trajectory for reducing emissions (though meeting the 2050 target will still be a substantial challenge).

As with the business as usual scenario, Australia will be bucking the global trend to distributed and renewable forms of energy and resisting public expectations that the global trend can be rolled-out in Australia. Significantly, nuclear power is not universally accepted in Australia and CCS technologies are still in their infancy with cost and efficiency challenges. Relying on a strategy to improve competitiveness based on nuclear or CCS could be slow to deliver benefits.

In terms of meeting aggressive carbon abatement targets however, it would be risky to ignore these scenarios. It is logical to keep funding research and development on CCS technologies and build up Australia’s somewhat depleted nuclear skill set, to keep these options open.

Displacing coal with large-scale renewables doubles the infrastructure renewal cost but the modelling shows no evidence of a premium on wholesale prices. In South Australia and Germany, renewable forms of generation appear to reduce wholesale prices, not increase them. Displacing coal with small-scale renewables and distributed generation (like rooftop solar panels, micro gas turbines and tri-generation) comes at a much more affordable infrastructure renewal price tag.

There is the added benefit of spreading the investment load over a far broader base (like mum-and-dad and small-community investors) which eases financing constraints. However, deploying high levels of distributed generation presents the grid operator with technological and management headaches, which takes some of the gloss off pursuing this scenario.

Combining large-scale renewables and distributed generation is a useful middle path to meeting the challenges facing the power industry. The technology is available and dramatically reducing in price as global deployment of renewable generation gathers momentum. This method would decouple wholesale electricity prices from global fuel cost volatility. And it would reduce emissions to 60% of the business as usual scenario and meet public expectation of a shift to renewables.

But there is a gap in understanding the extent of investment needed so the distribution system can cope with increased levels of distributed generation. An in-depth study is urgently required before any long-term policy can be put in place.

The scenario analysis shows that there are no “low-hanging fruit” options. The benefit of the changing technological landscapes scenarios is that investment in renewable and distributed generation can be made now, in bite-sized capacity additions. There is no need to wait for substantial technology improvements, public support or massive levels of financing before starting on these options.

The changing technological landscape scenarios provide the best opportunity to increase the resilience and competitiveness of the power system, which in turn provides a fighting chance of attracting those electricity-intensive industries back from countries like Canada, with highly resilient power, to Australia.

Lynette Molyneaux is a researcher at University of Queensland.