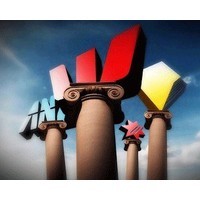 It’s not often you see someone in finance take a shot at Australia’s banking system.

But that’s exactly what the CEO of the Australian Finance Group (AFG), the country’s largest mortgage broker, has been doing in recent weeks, in a presentation he’s given to brokers and financial planners about how Australia’s banking system is far less competitive than it was when AFG started.

“I chose to compare the banking system from 1994 to now because 1994 was when we started our business,” Brett McKeon told SmartCompany earlier this week.

This is despite the rapid population growth Australia has experienced in that time, and the rapid growth in the number of small businesses, which both result in banks having far more market power than they have historically, he says.

“My view, and I think it’s one that’s widely shared, is that finance and the availability of funding are the lifeblood of the economy, and the data on this is disturbing on a number of levels.

“But it’s even worse when you realise that of the 21 banks in Australia today, plenty of them are highly specialised, or have only very small Australian presences, or are in turn owned by another Australian bank. At one level, it’s pretty alarming, and if you look at it more closely, it’s even more alarming.”

McKeon places the blame for the market dominance of a small number of large banks largely at the feet of Australia’s regulators, who he says are complacent and “don’t know where to begin” when it comes to dealing with the issue.

He questions whether regulators are happy with a small amount of competition because it means relatively less work for them. “I wouldn’t doubt fewer banks are easier to manage, from an APRA point of view. But it isn’t good for consumers or business.”

Australia has one of the most concentrated financial systems of comparable Western countries. But following the global financial crisis, this system was largely hailed as a success.

Less competition in banking is the price we pay for stability, the argument goes. If our banks had to compete far harder for our custom, they’d have to take more risks to make money, leaving them more highly leveraged and prone to collapse in times of financial crisis.

I put this argument to McKeon, who doesn’t think much of it.

“That’s the line of argument that the Australian Bankers’ Association (ABA) puts out. And they don’t want to see competition. I think the whole ‘competition brought on the downfall’ argument is really flawed. A blind man will use the light post for support rather than illumination.

“We’ve gotten to the point in Australia where we can’t let an institution fail.

“Though, quite frankly, the American view of competition at all costs is also flawed, but so is our present counterview. The answer is somewhere in the middle.”

But Australian regulators are far too happy to let big businesses get bigger, while their overseas counterparts force businesses to divest, he says. And the cost is being borne by small businesses, who pay more for the funding they need.