Throwing down the gauntlet to ASIC: Newcrest Mining test 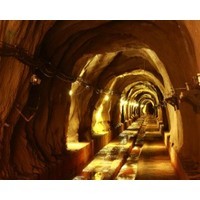 The Australian Securities and Investments Commission’s examination of the events surrounding Newcrest Mining’s asset and effective earnings downgrade last Friday – and the plunge in its share price ahead of the statement – will test the ability of the country’s securities regulator to shake off claims that it is asleep at the job. Does ASIC need a shakeup?

Newcrest shares started sliding from 10.22am last Tuesday and had lost more than 15% up to Friday when the company produced a statement revealing cost cuts, job cuts, the omitting of the final dividend and the intention to writedown its assets by $6 billion (of which $3.6 billion would apply to the Lihir mine in PNG).

By the close of business last Friday, Newcrest shares had lost 21%.

Under the previous CEO, Ian Smith (now running Orica), Newcrest paid nearly $10 billion for Lihir in late 2010 in cash and shares. Four months later Smith was gone from Newcrest, to end up at Orica. He left behind one of the world’s biggest mining companies which would, over the next two-and-a-bit years, become much smaller and less profitable (the plunge in the gold price wasn’t the whole reason). Production fell and there was a group of increasingly unhappy shareholders.

Newcrest’s shares have lost 70% of their value in the past two years. In that time the world gold price hit a high of $US1804, and then fell to a low of $US1370, so the loss of value from the peak of the gold price to now for Newcrest has probably been more damaging – it has failed to ride the boom and then fight off the bust in gold because of growing market concerns about the management of its six operating mines.

After last week’s big fall, Newcrest shares lost another 3% this morning to close trade at $11.98 just after 10.30am. Investors seem to have no faith in the company, its board or management at the moment, nor do they have any faith that ASIC will find out anything from its probe.

The events of last week added to that unhappiness among Newcrest shareholders. Especially galling was the realisation that several analysts following the company downgraded their view of the company before Friday’s statement, leading to claims of advance knowledge and pre-statement briefings by Newcrest (which has denied these claims). UBS started the trend with a downgrade last Tuesday. Others followed.

Now ASIC will investigate. No one is holding their breath. ASIC has proven to be a sluggish guardian of late, if stories in the Fairfax newspapers are any guide.

The Sydney Morning Herald has, in the past week, exposed ASIC for moving too slowly over the way financial planners at the Commonwealth Bank ripped off clients, especially one planner in particular. The SMH reporters, led by Adele Ferguson, have revealed it took ASIC 16 months to come to grips with the complaints after a whistleblower first informed the regulator of the issues.

The paper also reported that one of the CBA’s clients ripped off was the mother-in-law of Joe Hockey, the country’s putative federal treasurer. Seeing as one of Hockey’s main policies is to conduct an inquiry into the functioning of the Australian financial system, you might think ASIC’s performance would be near the top of the list.

On Saturday and on Monday, Michael West in The SMH revealed how the liquidators of Kagara Mining got what seems fast and favourable treatment from ASIC to stop filing regular reports on their administration of Kagara. The liquidator in question was a former senior ASIC official, according to The SMH.