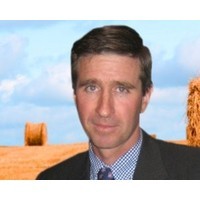 The Australian cattle industry is in mourning following the death of one of the country’s most prominent and innovative beef producers, Alexander “Zanda” McDonald.

The 41-year-old died on Wednesday night from injuries sustained when he fell four metres from a windmill at his property in Queensland three weeks ago, his father Don McDonald said in a statement.

McDonald headed McDonald Holdings, or MHD, the 186-year-old family business that today controls more than 34,000 square kilometres of property in Queensland, on which it grazes 170,000 head of cattle. This makes the McDonalds the largest private landowners in Australia, with an estate larger than the total land mass of Rwanda or Belgium. The company is famous for its 100-day grain-fed beef.

“Zanda was a true gentleman and personal friend to many throughout the industry.”

“However, he was also one of the most innovative and driven beef producers of his generation and an outstanding advocate of agriculture. His exceptional skills in beef marketing and the innovative work he helped pioneer in animal welfare led our sector and assisted in increasing the strength of the northern cattle industry.”

“Zanda was a wonderful man and a beef industry leader. He and his family have contributed enormously to the state and indeed the entire nation. He was hardworking, dynamic and generous, and will be sorely missed by all who knew him.”

“Zanda was following in his father’s and grandfather’s footsteps as a respected and innovative beef producer and beef industry leader. He had a strong commitment to the industry and its future. His astute management of the family company… ensured it maintained its pre-eminent position as Australia’s largest privately-owned cattle operation.”

In October 2012, McDonald used a speech at a beef industry conference in Rockhampton to say animal welfare was the biggest issue his industry had to face. MHD at the time was trialling a new pain-relief spray for dehorning, made in partnership with multinational drug and materials company Bayer and the University of New South Wales.

Under McDonald’s leadership, MHD was also the first commercial beef producer in the world to trial germ cell transplantation technology. The collaboration with the CSIRO is to aid cross-breeding programs for higher-quality meat.

McDonald was named AgForce’s producer of the year in the innovation category at its Red Meat Awards in August 2011, both for its work in research and development of the beef industry and also for becoming the only non-Brazilian company licensed to export beef to Brazil.

Last July, MHD bought the country’s largest independent meat retailer, Queensland’s Super Butcher chain, rescuing the company from $8 million in debts, of which $170,000 was owed to MHD. At the time of the purchase, McDonald said he planned to expand the company into Sydney, Canberra and Melbourne.

“We believe Super Butcher to be a great business model and we want to make it available to benefit Australians elsewhere,” he said.

McDonald is survived by his wife and four daughters.