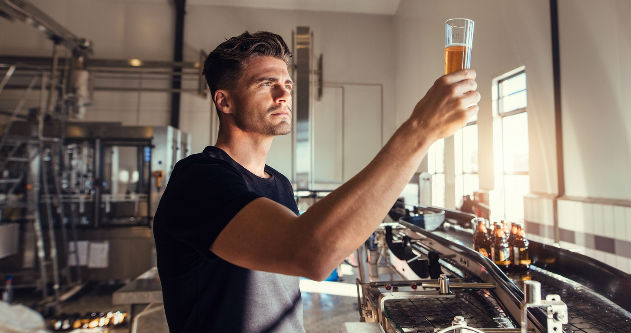 While iron ore, coal, gold and natural gas have been Australia’s biggest commodities for the past decade, industry experts say the exporting landscape is evolving, with new industries coming to the fore.

Food manufacturing, oil and gas extraction, beer manufacturing, education services and legal services have been ranked by IBISWorld analysts as Australia’s best chances to support the nation’s economy in the next few years.

In 2013-14, Australia is expected to generate $317.6 billion in revenue from exporting and IBISWorld industry analyst Sebastian Chia told SmartCompany in a statement macroeconomic factors will favour exporters in the next five years.

“It’s mainly been driven by the growth of the Asia Pacific region and the demand for our food products and our education services which are viewed as higher quality goods in the region,” he says.

As the value of the dollar softens, Australian exports are expected to become increasingly price competitive against the currencies of Australia’s major trading partners.

Businesses in the food manufacturing sector are positioned well for the next five years, as Australia’s high food standards are attractive to foreign markets.

IBISWorld figures show revenue for Australia’s baby food manufacturing industry is forecast to grow by 2.9% per year over the next five years to reach $206.7 million. The dairy industry is also expected to grow, with revenue anticipated to grow by 2.1% to reach $12.8 billion.

The demand from south-east Asian markets is likely to be behind the dairy sector’s growth, with this a likely motivating factor in the current bidding war for the Warrnambool Cheese and Butter Factory.

Chia says overseas companies have twigged that Australia is in a favourable geographic position to Asia.

“They’ve realised we have an advantage in this sector because we’re so close to these countries where the middle class is booming and there is a great demand for our food services.”

“At the moment there is tremendous growth in south-east Asia and this year the export story is very strong. There have been a few tough years for many of the key exporters, but there have been supply shortages in China this year and there have been exits among the smaller producers there, which is driving up commodity prices to levels we haven’t seen very often.”

The Australian education services sector, like the food sector, is considered to be of high quality in the Asian markets, and the sector is predicted by IBISWorld to grow at 3.7% over the coming years.

“International students are a major market for this sector, accounting for 24.9% of total enrolments this year,” IBISWorld general manager Karen Dobie said in a statement.

“Following annual growth of 7% prior to 2009, industry growth has cooled off somewhat because of the high Australian dollar, but the anticipated decline of the dollar in the next five years will boost enrolments from foreign students once again.”

Beer exporting may be key to industry growth

While the education and food industries are already attracting demand from overseas, whether or not Australian beer companies are successful overseas is yet to be told.

Chia says beer manufacturers are expected to place an increased focus on exports, as sales in the local market have declined over the past five years.

“Faced with that stagnant or falling demand, particularly for the traditional brands, they’re looking to export markets for growth,” he says.

“They see there being more growth by going overseas. It’s too early to tell whether or not they’ll be successful, but brands like VB are seen as quintessentially Australian and people will pay a premium.”

Chia says one way businesses can succeed in expanding overseas is to consider merging with a brand in that market.

“Looking at the legal services sector, this is a good case and point, there have been a lot of mergers recently which have seen business start to align themselves to different regions like the UK, US and Asia,” he says.

“A lot of that has been to take advantage of the push into the Asia Pacific region.”