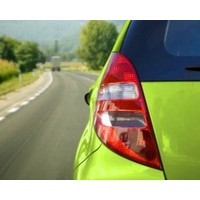 Over the past 12 years, General Motors Holden pocketed $2.2 billion in federal government handouts, according to figures published this week in The Australian Financial Review.

The figures, released by Holden following a legal tussle to prevent the publication of confidential documents about subsidies accidentally released to the newspaper, work out to around $150 million a year. Last year, Holden Australia made a profit of $87 million – about half the average amount it receives in subsidies each year.

Holden says the figures demonstrate its ongoing value to the Australian economy. The company defends the subsidies, providing figures that show it has spent $32.7 billion in Australia over the 12 years, including $5.9 billion on wages. The largest portion of Holden’s investment in the country is its spend on suppliers of $21 billion over 12 years, suggesting many smaller Australian companies have benefited from the taxpayer’s largess.

“For the $150 million a year, you get $2.7 billion of economic activity generated by having Holden make things in this country. It is 18 times the investment,” said the company’s chairman, Mike Devereux.

Does this $32.7 billion in investment mean the government got its money’s worth?

Most Australian economists don’t buy it. Sinclair Davidson, an economist at RMIT University, says Holden’s analysis “doesn’t make sense when you drill down into it”.

“That $2.2 billion is being taken away from Australian taxpayers. It’s not like those taxpayers are getting back $32 billion. You’d have to look at how much tax revenue the government raises from Holden.”

“Also, if they’re investing back that $32 billion that they’re claiming, it begs the question of why they need that $2 billion in the first place?”

Davidson says that without the subsidy, Holden could well decide to pull out of Australia. But that’s not necessarily a bad thing, as other industries would step up to take its place.

Read the pronouncements of some of our biggest names in economics, or the editorials in the nation’s broadsheets, and it’s clear there is widespread concern about the huge sums doled out to Australia’s perennially struggling automobile industry. The Productivity Commission doesn’t like it. The Coalition plans to cut subsidies back, causing Devereux to describe 2013 as “the year that Australia decides whether it wants to have a car industry or not”.

But despite the orthodox view, there are a few voices of dissent. One of those voices is Philip Toner’s. He’s a senior research fellow at the University of Sydney, and has spent years studying the role that manufacturing plays in broader economic development.

He tells LeadingCompany every country in the world that produces cars heavily subsidises the industry. “The orthodox response is because automobile companies are particularly skilled at ‘rent-seeking’,” the dark art of wheedling money out of governments contrary to the public interest. “But to my way of thinking, that begs the question: why are governments the world over so open to rent-seeking approaches from this industry, and not others?”