Big business signs on to chip away at glass ceiling 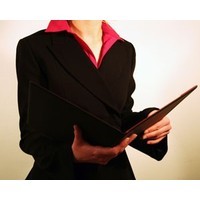 Business and government leaders have committed to promoting more women to senior positions, following calls to improve transparency in gender measurement in Australia.

They have agreed to report on targets and the progress on the numbers of women in at least three layers of management, which will be published online or in the participating companies’ annual reports.

Participating CEOs will be held responsible for meeting set gender targets in their performance reviews where possible.

“This is exactly where change happens, when key members of the business and government community say we are going to make this a priority,” she says.

Simpson, who was recently awarded an Order of Australia medal for her work with various women’s groups and disadvantaged young people, says 30 ago years she and others believed the evolution towards more women is senior positions would happen naturally. It hasn’t

“We really thought it was about merit, that people would just reinforce talent and it would happen naturally,” she says. “But during that time not a lot has changed. It’s time to be interventionist.”

She says conscious and unconscious biases need to be overcome in the workforce. By being more transparent through documentation and record-keeping, business can contribute to the shattering of the glass ceiling.

“It’s a way of being very intentional about getting people in the position to make these decisions, to say, ‘did you look at male and female candidates for this role?’”

Although there has been an increase in the number of female board directors since 2010, the number of women in executive ranks has remained static for the past 10 years, according to a report released this month by the Committee for Economic Development in Australia titled Women in leadership: Understanding the gender gap.

The report says women account for more than half of professionals but represent less than 10% of line executives.

“We want as many talented people participating in business leadership as we can and we need to get the talent from the men and women. We need to pay attention to numbers and reporting,” she says.

“Hopefully people will realise that this is about lifting the general performance of Australia and it’s not about keeping records for the sake of keeping records.”