Board independence can destroy a company’s value: study 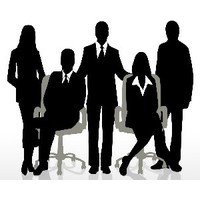 Australian School of Business professor Peter Swan and colleague Marc-Oliver Fischer have stirred up the business community by refuting the popular view that independent board directors increase firm value. The researchers studied the performance of almost 1000 Australian companies since the ASX introduced voluntary governance guidelines in 2003. Those that followed the board independence recommendations increased CEO and director pay yet under-performed financially. “We estimate these losses conservatively at about $69 billion over the period 2003-11,” Swan says. “If the director has no substantial financial interest in the affairs of the company, the only thing they’re going to care about is their own wellbeing.”

Consider a block of units. The units are maintained by a property manager who in turn is engaged by the owners’ corporation. But imagine, says Peter Swan, if that nexus were broken. “I’d like to ask you what you think would happen if owners were banned from owners’ corporations on the grounds that they had a substantial shareholding?” asks Swan, a professor in the school of banking and finance at the Australian School of Business (ASB).

Swan argues that in trying to engender ‘independent’ company boards, the ASX Corporate Governance Council has done just that, broken the nexus between ownership and control, to the detriment of shareholders.

“This is the most ludicrous rule since capitalism was invented. It’s pure Soviet Union-ism, command and control,” Swan says. “The whole foundation of capitalism is that owners monitor and they monitor on behalf of themselves. But, if you take away that self-alignment with the shareholders as the ASX has deliberately done, then you’re only left with very narrow self-interest which is preservation and reappointment to some prestigious and highly paid board position in which you really do very little.”

In their study, Does board independence improve firm performance? Outcome of a quasi-natural experiment, Swan and colleague Marc-Oliver Fischer compared the performance of those companies that adopted the ASX’s preferred model of an independent board with matched firms that didn’t.

They found that 551 of the 969 firms they examined in the nine years to 2011 adopted the ASX recommendations, most of them in the two years following the introduction of the guidelines in 2003.

CEO and director pay increased in the firms which did so – “treated” firms – yet these firms under-performed financially. “Thus, it would appear that the ASX governance recommendation to adopt a majority of board independent directors has destroyed considerable shareholder wealth for no discernible benefit to anyone other than executives and fellow board members,” they write.

“We estimate these losses conservatively at about $69 billion over the period 2003-11.”

Firms dominated by independent directors had higher-paid CEOs, suggesting they were more likely to give in to management demands for more money, says Swan. They were also less likely to replace an under-performing CEO.

Swan’s research runs counter to much of the conventional wisdom around board independence, and the findings are at odds with several other studies. For instance, earlier research led by Swan’s colleague Ronald Masulis, a scientia professor of finance and Macquarie Group Chair in Financial Services at the ASB, finds that independent boards in the US are more likely to remove poorly performing CEOs from office, which leads to improved shareholder value. Swan and Fischer are in the process of applying their methodology to US boards.

The ASX declined to be interviewed by Knowledge@Australian School of Business for this article, but in other public comments has argued that the composition of the sample could have skewed the results. The number of successful small mining firms during the past decade, which were typically too small to have independent directors, would probably distort any such study, it says, adding that the Big Four banks – which had independent directors and high executive and director pay – didn’t perform very well during that period.