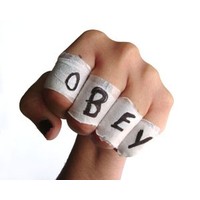 Give someone power, and they’re more likely to see things in black and white, new research has found. This is especially the case when it comes to transgressions, with powerful people more likely to advocate draconian punishments to those who do wrong.

The finding comes from research – to be published in the Academy of Management Journal –conducted by Scott Wiltermuth, from USC Marshall School of Business, and Francis Flynn, of the Stanford Graduate School of Business.

“We noticed in our MBA classes that the students who seemed to feel most powerful had these absolute answers about what’s right and what’s wrong,” Wiltermuth said in a statement.

“We found the same phenomenon when we made other people feel powerful, and we also found the resulting clarity led people to punish questionable behaviour more severely.

Wiltermuth and Flynn set up four experiments in which they made some participants feel powerful – by giving them the ability to control resources and administer rewards or punishments – while giving others no such powers.

They then asked both the powerful and non-powerful participants a series of questions about various transgressions. Those who had just experienced power were far more likely to answer in absolute terms about the behaviour, and to advocate harsh punishments. Very few of them expressed any doubt about their harsh judgements. Those who hadn’t had power, however, were far more likely to answer ‘it depends”, and to support milder punishments that gave the transgressor the benefit of the doubt.

“Our findings do not imply that having this moral clarity leads people to obtain power,” Wiltermuth cautioned. “Rather, the findings imply that once you obtain power you become more likely to see things in black-and-white.”

The finding has implications for managers. If a leader is persistently perceived to be harsh and unfair in their punishments by their subordinates, those subordinates are less likely to trust that leader.

Wiltermuth also muses on whether the finding could help explain how elected officials often have such singular faith in pushing their preferred outcomes onto the population. “It may be that politicians are so powerful that they may actually see issues in black and white terms more than the rest of us do,” he said.