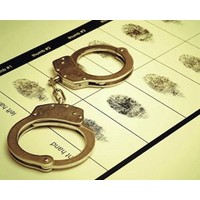 These teenagers, who went on to create some of the world’s most successful businesses, tended to view the rules as, well, flexible. But they are not alone: it turns out that their histories are emblematic of the histories of many far less famous, but nevertheless successful entrepreneurs, according to a recent study by academics at the London School of Economics and the University of California.

The finding turned up as part of a broader study into whether entrepreneurs reaped financial rewards for their risk-taking. In Does Entrepreneurship Pay? (the working paper can be read here), Professor Ross Levine and co-author Yona Rubinstein drew on a longitudinal study that has checked in with 12,686 American citizens every year since 1979, starting when they were between 14 and 22 years old.

The study put the youths through a battery of psychological tests and collected a great deal of demographic data, which all proved very useful to the researchers.

To arrive at a rough proxy for entrepreneurialism of the data set, they looked at which of the 12,686 Americans had started incorporated businesses that were considered novel or risk-taking.

The study controlled for education and occupation. Most previous studies have found that salaried people earn more on average than an entrepreneur, but the researchers argue that this is only the case when you define people such as accountants or plumber as entrepreneurs.

Looking only at people whose job involves some measure of doing things in a novel way, entrepreneurs earned, on average, 50% more than their salaried counterparts in the same industry, the researchers discovered.

The researchers also looked at what traits these entrepreneurs had in common. Some of them you expect – a high IQ, stable family backgrounds, having wealthy parents, and exceptionally high self-esteem and confidence. They typically started off as a salaried worker on the corporate ladder, before leaving it after a decade or so to try something new.

However, other traits common to the entrepreneurs in the study made less sense, but were in keeping with the qualities embodied by Gates and Jobs.

“Our data revealed that many successful entrepreneurs exhibited aggressive behaviour and got in trouble as teenagers. This is the person who wasn’t afraid to break the rules, take things by force, or even be involved in minor drugs,” says Levine.

Entrepreneurs were twice as likely as salaried workers to have taken something by force when they were young. They were 40% more likely to have been stopped by police. However, they typically felt far more in control of their lives, even before they started work.

So if you’ve got a teenager driving you up the wall, maybe it’s worth relaxing a bit. A willingness to bend the rules in one’s late teens and 20s can be a sign of entrepreneurial drive – and higher pay – later on. And as the researchers found, it pays to branch out.