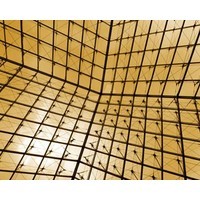 We’ve all heard of the invisible barrier to women’s career progress dubbed the glass ceiling. But in recent years, numerous academic studies have also focused on the “glass cliff”.

It goes like this: when things are going well, organisations tend to do what they’ve always done. For most, that means they keep promoting from within the old boys’ club.

Studies have shown this is the case in both business and politics. Think of Marissa Meyer, bought in to reform Yahoo after the previous CEO was found to not have the qualifications he said he did, or Kristina Keneally, brought in try to save NSW Labor after voters had largely turned their backs on the party.

They conducted a two-stage experiment.

The first stage asked Dutch business school students (70 women, 76 men) to imagine they had been offered the leadership of a company in financial crisis, and asked whether they would accept it. All the subjects were given a written passage that described the situation of the company, including both the financial resources and social acceptance likely to be given to them if they accepted the position.

A third of the students were given a situation where the incoming CEO had plenty of financial resources, but little support from within the organisation. Another third were given a passage where the situation was reversed, with an incoming CEO having plenty of support from staff but few financial resources. The final third were the lucky ones – given an offer indicating both financial and social support.

In all three situations, women were less likely to warm to the leadership challenge of heading such a troubled organisation. Even with both types of support, only 64% of women said they would accept the position, compared with 80% of men.

To pin down more information about this preference, the researchers then asked both the men and the women what factors they thought led to leaders having influence. The women in the study largely said employee acceptance led to influence, while the men said a leadership position was the most important factor in being influential.

“Since the discovery of the glass cliff, researchers and practitioners have questioned whether women are simply more likely than men to accept precarious leadership positions, thereby – albeit unintentionally – putting themselves at a disadvantage in their careers,” the researchers note. “Taken together, our results suggest that women are not simply passive individuals who are placed in glass-cliff positions.”

Even though they see the danger, women are more likely to place value on the expectations and trust of their underlings. This might go some way to explaining why they accept precarious positions some male leaders avoid.

As yet there is no study as to which choice – support or money – is most likely to result in success in the leadership role, the researchers say.

However, the researchers hope their paper helps organisations think more critically about what leaders need to succeed. “To get the right (wo)man for the right job, it is… important for organisations to recognise which aspects of a crisis they want their future leader to solve and to give her or him the appropriate means with which to do so,” they write.