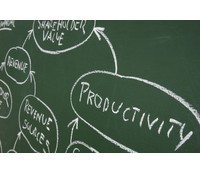 The Australian Government’s recently released white paper on Australia in the Asian Century identified productivity as one of five key areas for action, at a time when we are engaged in a major national debate on productivity.

Soon after the release of the white paper, two reports on Australian productivity were released: the McKell Institute’s Understanding Productivity: Australia’s Choice, by Roy Green, Philip Toner and Renu Argarwal; and the Ernst & Young Australian Productivity Pulse. There is a high degree of convergence between all of these documents that lift the debate above the blame game that has dominated it to now.

Unlike some contributors to the recent national debate, none of these three documents targets industrial relations reform as the key to improving productivity. All of them agree, however, that skills and innovation are central to lifting productivity growth.

Australia in the Asian Century highlights “five pillars of productivity”: skills and education, innovation, infrastructure, tax reform and regulatory reform. The McKell Institute’s report focuses on the importance of management skills and innovation. The Ernst & Young survey found that the three main contributors to individual productivity according to employee respondents were people management, organisation structure and design, and innovation.

However, Green and his co-authors argue that part of the problem with Australian productivity may be the labour market deregulation since the 1990s that has shifted jobs to low productivity sectors of the economy, notably in hospitality and retail.

There are resonances here with the New Zealand experience of complete deregulation under the Employment Contracts Act 1991. Since then, New Zealand wages have fallen behind their Australian equivalent by 25-30%, but productivity growth has also declined. There is little incentive for employers to invest in new technology or innovation if cheap labour is readily available.

In simple economic terms productivity is the ratio of total outputs to total inputs. Outputs can be represented by GDP at the national level, or total number of widgets or value of production in an organisation. Labour inputs are measured by number of employees, or more accurately, number of hours worked.

However, inputs include those from capital, even if commentators frequently refer to labour productivity only. If businesses do not invest in innovation and new technology, work practices alone cannot produce high productivity.

At the same time, there may often be lags between investment in new technology or innovation and growth in outputs. Australia’s productivity may have been reduced by investment in mining infrastructure that has not yet come into full production.