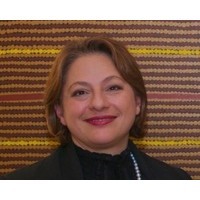 The Coalition has denied reports that it plans to cut $2 billion from car industry assistance.

A spokesperson for the opposition’s shadow industry minister, Sophie Mirabella, told LeadingCompany the reports were false.

“Cuts up to $500 million were announced in 2011 and nothing has changed in that regard since, any word of a $2 billion dollar cut is completely fabricated,” she said.

A spokesperson for Combet told LeadingCompany the Industry Minister was referring to the “commercial reality” of the automotive industry.

The spokesperson said Australia would only stop making cars under a Coalition government.

“The cuts the Coalition is proposing confirm that under Tony Abbott, Australia would stop making cars,” she said.

“The Coalition’s policy would throw tens of thousands of workers out of their jobs and put hundreds of thousands more jobs in jeopardy. We believe in a strong manufacturing industry and we support the industry and the jobs it provides,”

The spokesperson said the $2 billion figure was arrived at by using the Coalition’s policies.

“It is our understanding that this estimate is based on the Coalition’s own repeatedly stated policy of cutting $500 million in assistance prior to 2015 and all assistance post 2015,” the spokesperson said.

“Our commitment to the sector is why we are investing $5.4 billion to 2020 under our New Car Plan,” Gray said in a statement.

“This will help fund investment and innovation by the car industry and it creates the policy certainty needed to support long-term investment. By contrast, the Coalition wants to take out $1.5 billion from the automotive sector, endangering tens of thousands of jobs and the sector’s viability generally.”