Company tax and the limits of politics 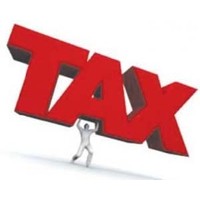 Last week was quite a big week in tax, although when the dust had settled it was not clear what — if anything — had really happened.

First, the Treasurer announced in the Mid-Year Economic and Fiscal Outlook (MYEFO) that tax payments of large companies would be converted from quarterly to monthly instalments. On Wednesday, he announced that Commissioner of Taxation Michael D’Ascenzo will be retiring at the end of this year. The same day, the Treasury Business Tax Working Group issued its draft final report on business taxation. And on Thursday, it was confirmed that the Mining Resource Rent Tax (MRRT) has so far not raised a dollar of revenue for the government.

It’s hard even for tax geeks to get excited about tax instalments. But the government estimate that this change will produce $5.5 billion in the 2013-14 fiscal year and $8.3 billion over the 3 year forward estimates made us all sit up and take notice.

Monthly instalments will commence on January 1 2014 for about 350 companies with $1 billion+ of income a year and a year later for companies with income of $100 million+. These big end companies comprise only 0.2% of companies in Australia, but pay more than 60% of company tax.

Not surprisingly, companies – and many commentators – reacted uniformly negatively to the news. It’s true that the extra $5.5 billion revenue in 2013-14 is mostly a short term fiddle, as this change brings forward into the 2013-14 fiscal year up to a quarter of the following year tax payment. But the extra revenue next year and going forward is also a function of the time value of money. In the longer term, it looks like a smart administrative move. The Treasurer is right that large companies already make monthly GST and wage withholding payments. If company tax is legally owed, why not collect it more smoothly through the year, rather than (in effect) loaning companies the cash out of the public purse?

A monthly instalment system is novel. The global standard is quarterly company tax instalments – for example, both the US and UK operate quarterly systems. But if Australia can get this working at the big end of town, other cash-strapped governments might follow suit. It’s less clear that a monthly system should be extended to companies with turnover of $20 million+ a year (to begin on January 1, 2016). Much less revenue is at stake, and the cash flow issues for these businesses are more stark.

This shift to monthly instalments is possible in part because of the work of Commissioner Michael D’Ascenzo, who has done an impressive job stewarding the Australian Tax Office over his seven year term. In this time, D’Ascenzo has overseen an upgrade of key administrative systems of tax collection, including substantial new computing power that facilitates previously impossible data-matching, payment and refund processing, as well as sophisticated risk-based audit. This new computing system, although still going through some hiccups and implementation issues, should enable the government to actually administer a monthly instalment system for company tax.

Meanwhile, the Treasury Business Tax Working Group quietly released its “draft final” report, sans recommendations. This unusual step enables public viewing before sending it to the Treasurer. The Working Group was established after the Tax Forum of October 2011, including among others representatives from large business, the Australian Council of Trade Unions and the tax profession.