A grand tour of economic risks to Australia 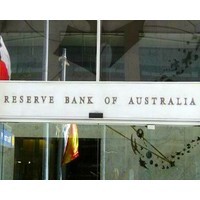 Well, the sugar addicts at the Federal Reserve lolly shop will see their supply of easy money continue for a while longer, but as Henny Penny famously said, the sky is falling, and those big brave investors/traders/hedge funds – or whatever you call them – don’t like it.

The Fed’s more upbeat outlook on the US economy and the continuing improvement in the country’s employment picture, plus low inflation and moderate but solid growth, means that after six years of recession, high and distressing levels of unemployment, a housing crunch, collapsed banks, record low interest rates and trillions of dollars in central bank easing, normality for the US economy is just around the corner. Within a few months we may see the Fed start tapering its $US85 billion a month in spending, and finishing in the middle of next year, if chairman Ben Bernanke’s comments at a Washington press conference yesterday morning are any guide.

Our market reacted in its usual silly, follow-Wall-Street’s-lead, and sold off heavily from the opening of trading on Thursday morning, shedding around $30 billion in value. The crazies are still in charge, it seems. Denial is still powerful and the need for another easy money hit overwhelming. Time for an intervention?

Despite the ensuing sky-is-falling sell-off in the markets, this is good news for the US and the world. The main negative is that the free ride investors have had for much of the past five years will end, and they will have to start pricing in risk, return and the cost of money again – as per normal economic times.

And a decision from the Fed to start slowing its spending (which is in effect a tightening of monetary policy) could be the first policy test for a new Australian government after the September 14 election. The Fed meets the following week for two days and is widely expected to reveal its tapering thinking at that meeting.

It could be an early baptism for Tony Abbott and treasurer Joe Hockey, especially if the value of the Aussie dollar continues to fall and the markets keep responding with volatility.

After Bernanke’s statement, markets went down in the US and Asia, and up went US interest rates and the US dollar. And, importantly for Australia, down, down, down went the Aussie dollar – losing 3 cents in a day to trade closer to 92 US cents than above 95 US cents a day ago. It is now around 12% below its highs in January this year of around $US1.05.

And that’s unalloyed good news for Australia (and for whoever wins the election), even despite the inflationary impact, because it will help the economy rebalance more quickly by improving export returns, limiting the slide in our terms of trade, and stabilising national income. It’s what the Reserve Bank wants to see, as it explained in the minutes of the June policy-making board meeting:

“The exchange rate had also depreciated noticeably, though it remained at a high level considering the decline in export prices that had taken place over the past year and a half. It was possible that the exchange rate would depreciate further over time as the terms of trade declined, which would help to foster a rebalancing of growth in the economy.”

That’s not to say there aren’t problems on the horizon. The Fed’s tapering has to be done without spooking markets and causing interest rates to spike. The 0.70% surge in US 10-year bond yields since May 22 when Bernanke indicated a decision on slowing the Fed’s spending could come “in the next few meetings” shows how delicate this process will be.