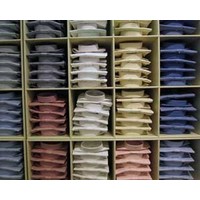 The future of retail is beginning to take two very different paths, as tech giant Apple and David Jones both introduced new payment methods over the weekend – one based on the concept of providing more personalised assistance, and the other shunning it altogether.

Apple finally introduced its EasyPay system into Australia, which allows users to scan and purchase items in the Apple retail stores without ever talking to a customer service assistant. They simply scan the item, pay with their iTunes account, and walk out. No human interaction required.

On the other hand, David Jones has just announced a new plan to hire 200 sales assistants. These new staff will accompany customers, give them information on products and place orders through iPads. They’re called “style advisors”, and are being used to combat the perception of poor service.

The two ideas couldn’t be any more different.

“With the structural challenges in retailing, we need to be able to offer customers something more,” group executive operations at David Jones, Cate Daniels told The Australian Financial Review.

“The concept we’re dealing with is the development of a tiered service delivery model that differentiates our service.”

But as Telsyte senior research manager Sam Yip says, David Jones seems to be emulating the Apple-style service when it comes to one-on-one interaction, although he warns it may be missing a key component of the puzzle.

“The difference between the staff in an Apple Store and anywhere else is that the staff are specifically trained in all of these products. Compare that to David Jones, where the additional value you may have with an assistant is that you don’t have to walk to the checkout to inquire.”

“It’s a good step in the right direction, but there’s a big difference. Apple staff are trained and pride themselves on being able to apply that into different demographics – almost like a consultancy.”

David Jones has said it will put its new style assistants through twice the normal amount of training, and have said they will have “superior selling skills”.

But it remains to be seen how the new style assistants will become successful, as David Jones admits it is competing with a growing demographic of buyers who are used to shopping online, and therefore don’t particularly want the type of personalised service used in the past.

This is where Apple’s EasyPay system comes in. Users only need to download an app, walk into a score, scan a product, pay and walk out – no human interaction required. Of course, this can only be used for smaller items on the shelves, not large computers, but the principle remains the same.

It’s almost as if the system works on an honour code, although Apple staff are keenly watching. As Yip points out, it’s a good way to play on the impulse buying nature of iTunes.

“It’s really bringing the digital world to the physical world, playing on that idea of impulse purchasing.”

“Everyone has been concerned these credit card details are locked into iTunes, and this is just another good way to play off that.”

But more importantly, he says, the EasyPay system shows how “the element of risk is changing”.

“The risk of it is just not a huge deal to them anymore. If you don’t have to speak to anyone to buy something, it shows the relationship between that risk and reward factor is really shifting – and people just value convenience more.”

“Apple has chosen to allow that convenience as a way to stay competitive.”