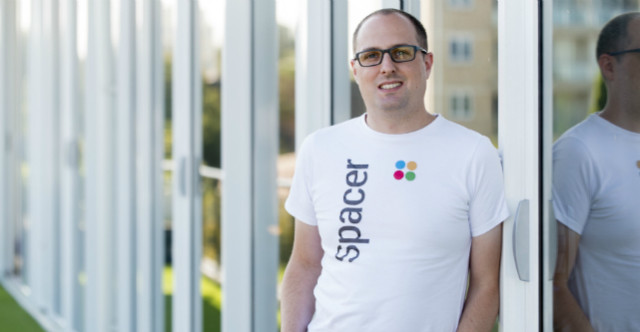 DealsDirect co-founder Michael Rosenbaum is taking his passion for the burgeoning sharing economy to the next level with a brand new hub dedicated to accelerating and incubating Australian startups in this space.

Rosenbaum, who is building storage marketplace Spacer, will head The Sharing Hub in Sydney alongside other sector leaders, including Zoom2U founder Steve Orenstein, Mad Paws co-founder Alexis Soulopoulos and Car Next Door chief executive Will Davies.

“The sharing economy is an emerging mega trend in Australia,” Rosenbaum tells StartupSmart.

Through access to training, co-working, mentoring and investment opportunities, Rosenbaum says the specialist hub will cater to the development of sharing economy products and platforms.

“A sharing economy is any marketplace to connect demand and supply, person to person, peer to peer,” he says.

“It really has its own set of nuances.”

When the facility is up and running, Rosenbaum says The Sharing Hub will house founders looking to accelerate growth and hit revenue targets anywhere between $2 million and 20 million.

He’s aiming to house more than 100 residents when the hub opens.

Startups chosen to be a part of the new community will need to demonstrate some traction in their ventures and be dedicated to the growth of the sharing economy sector.

“It’s really about businesses with a common goal to share insights,” he says.

“We have four terrific and hot complementary businesses already in the network and we’ve got another dozen founders interested in joining The Sharing Hub.”

While the sharing economy has given rise to billion-dollar startup unicorns like Airbnb and Uber, many ventures in this space are coming under fire over concerns about their ethics and lawlessness.

And many have called for more accountability of the founders and executives at these companies.

Did a “sharing economy” business do something shitty and unethical again

#sharingeconomy startups are fucking terrible and unethical. today’s offender: @Postmates. does not give a fuck about restaurants via @Eater

How Uber (selling itself as a part of the sharing economy) employs unethical tactics to wipe out competitors http://t.co/7X4iYMx8yG

@DinushiDias just wondering: how is the startup not illegal under Australian law? Genuinely asking, not trolling https://t.co/6XP2QStP0V

In the development of The Sharing Hub, Rosenbaum says the aim is to nurture and support the growth of ethical businesses.

“We want to be at the forefront working with the government around policy,” he says.

“You’ll find that businesses that are involved in the sharing economy scene in The Sharing Hub will be able to create value and will certainly not be about exploitation.”

Rosenbaum is also interested in ways to open up commercially and privately owned property and vehicles for use by those who can’t afford ownership.

“There must be a better way of exploiting blatant unused assets so that public value can be increased, jobs created, and service delivery improved,” he said.

Rosenbaum believes this is the type of thinking players in the sharing economy sector must have.

“I was pretty enthused about that,” Rosenbaum says.

“What better way for the government to allow the population to tap into these assets that are meant to be all of ours and create a closer working relationship between government and the wider population.”