Dell’s reboot: How to rekindle the creative flame 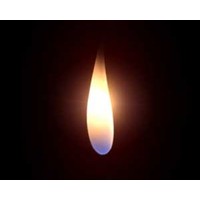 The computer company, Dell, once worth $100 billion, has announced its sale for $24.4 billion to private equity company, Silver Lake Partners, and the company founder, Michael Dell. Shareholders will receive $13.65 per share, 25% over the last closing price.

This is the story of an innovator that dropped the ball, and the question of whether it can rekindle the creative flame that once made it great.

The principles that the company needs to apply to rebuild itself as a player in the world of technology are not so very difficult – in theory, says Amantha Imber, a director of innovation consultancy, Inventium. There are well-established innovation pathways to follow, she says. “We base everything we recommend on science, on what has been proved to work. Our research is taken from all over the world, Harvard and Stanford universities, and it is based on psychology and neuroscience.”

How can Dell – and other leading companies – avoid running, like the Titanic, into an iceberg?

Dell and Gateway were the first computer companies to really understand the competitive advantage of outsourcing and logistics. In the mid-’90s, founder Michael Dell realised that he could make computers components in North Asia, ship them to the Malaysia for assembly and then have them customised in the Philippines and delivered to customers’ doors. At the time, the PC market was a cottage industry, says technology expert, Paul Wallbank. “You would go to your local computer shop and Bruce would put together a PC for you, which would run a blue screen every two days and you would take it back to Bruce for repair,” Wallbank reminds LeadingCompany. (It seems like long, long ago, doesn’t it?) “The logistics at the back end were phenomenal.”

Dell sank at least of some its margins into building a strong customer service division – also a rarity at the time. “Interestingly, Dell’s customer service was impeccable,” Wallbank notes.

It was not too long before other computer companies followed Dell’s lead, offshoring and improving logistics and driving down prices. With its competitive advantage dwindling, Dell made a big mistake: it cut its customer service and its margins plummeted.

“Dell’s advantage got eaten away,” Wallbank says. “Apple are better at logistics now than Dell. And Amazon really dominate the logistics now. Amazon’s Jeff Bezos says he learned what he knows watching Dell and Gateway. Amazon now are by far the most innovative, the best in the world.”

Then came Dell’s Hell. In 2005, tech writer, Jeff Jarvis, wrote an influential post about his disappointment with Dell’s products and service: Dell lies. Dell sucks. It sparked a tidal wave of consumer anger and the stock price went downhill skiing for the next eight years.

Michael Dell founded the company in 1984, at age 19. In 2007, he returned to the CEO’s chair after a brief attempt to step into the chairman’s role. There was a year or two of optimism, but Dell has been unable to turn his company’s fortunes around.

With private equity backing and know-how, he might be more successful. He will retain his 15.7% share of the company.

Dell has to admit it has failed before it can recover. “This is a big challenge,” says Wallbank. “Apple has captured the high-margin end of marketplace, and given a decade of damage to Dell’s brand name, it is a big task.”

He says the new private equity owners need to consider the track record of its leader, which is “not so good”.

Dell faces a structural change in the technology market: it is a PC company in a post-PC world, says Wallbank. “If they pulled their sock up, they could have the enterprise space, but this is a post-PC world, where we are all bringing our own devices to work. It’s no longer a matter of selling 20,000 PCs to one company.”

Change the climate to ‘innovative’

Inventium’s Imber says Dell needs to focus on the “climate” of its culture. “The climate is about people’s perception of the culture.”

She says the company needs to look at its innovation team and make sure they are the best in the world. “Do their people have the capacity to drive innovation and disruptive thinking?” she asks. “It is about making sure that the people Dell has in senior leader positions are really great innovative thinkers.”

Despite the focus on margins and cost-cutting, Wallbank says Dell is not short of cash. But the company has been focused on cash bonus incentives. It needs to rethink its priorities and spend money on innovation and customer service.

Cut the research and development budget

Astonishingly, Imber says many R&D divisions in big companies are over-resourced. “When you have an idea, a big idea, for large companies their first instinct is to throw thousands of dollars at it building a business plan with all these assumptions that usually prove to be wrong. The innovative process gets slower and bureaucratic. The idea might look good but is it disruptive in reality? They need to go through and rapidly prototype the ideas, and test them and make sure it is lean and effective.”

Imber says innovation can be taught, and once the top level of innovators is in place, companies need to devote resources to strengthening the innovative thinking throughout the company. “Invest the resources in improving people. Innovation is a learnable, trainable skill, and some companies don’t recognise that, so they need to invest time and resources to train and coach people.”

Dell has lost most of its brand cred and cool factor in the past decade, but it does own one of the top gaming brands, Alienware.com, says Wallbank. “That still has cache.”

Learn from the followers who learned from Dell

Dell can also turn around and plunder logistics skills from Amazon, and learn from those that learned from its success.