Ditch the managers: Run a business without hierarchy 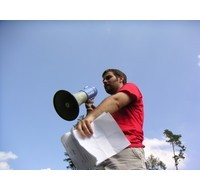 This is the second and final instalment of Myriam Robin’s ‘Ditch the managers’ series. Read the first instalment here.

Generally, the longer someone has worked in a hierarchical organisation, the more difficult they may find the switch to a self-managed structure. Companies with no managers require their workers to have an entrepreneurial mindset, which those who have previously worked in a start-up tend to grasp more quickly.

For EWeb Marketing’s transition, a ‘leadership committee’ was formed, comprising former managers and department heads, which workers could approach for guidance. Everyone was also assigned a mentor to help with career progression.

To help workers feel like they owned the decision, EWeb then allowed them to choose who they wanted to work with. Founder and CEO Gary Ng says this made the teams more effective, as workers identified who they had the most synergy with.

As for pay, Ng says they tried very hard to make sure “no one went backwards”.

“People have bills to pay and so forth,” he says.

“[But] we set the expectation that … your pay is largely dependent on your unit’s profit and loss. If your unit does well, you’ll have more money to share around.”

“Sometimes the idea is good but it needs to be communicated multiple times and multiple different ways through repetition,” he says.

“From there on, you need to monitor the culture of the company. Especially if it’s a high level that’s initiating the change; often they sit behind their own office and don’t know what’s going on out there. You need to talk to people about how they feel about the change, constantly getting feedback about what’s going on.”

Hierarchical decision-making allows for the co-ordination of many workers towards a common goal. A flattened company requires a lot of communication.

“Say we want to do something; you wouldn’t have to say ‘Who in my team should I do it with’, but ‘We should organise a launch party for one of the things we’re doing’, he says.

“[So] you post a message on a communication channel, like Yammer, our internal Facebook equivalent. You can use emails, staff meetings, or the office so everyone knows [what you’re up to].”

How to deal with bad behaviour

In a nutshell, don’t assume you have to.  Before he flattened the company, when someone was late or doing something wrong, Ng had to be the bad guy.

“They would then say ‘I was only late for five minutes’, and they’d start bitching with their colleagues.

“It creates a divide: management versus us.”

Now, if someone lets the team down, it’s up to other team members to let the person know why the behaviour is making life harder.

The world’s largest tomato processor, Californian company Morning Star, practices and preaches the concept of ‘self-management’, and has a multi-stage conflict resolution system.

Disagreements between parties are settled through mediation or in front of a jury. The outcome can be appealed once, and if it still isn’t settled, it goes to Morning Star president Chris Rufer.

According to the Harvard Business Review, problems rarely land on his desk.

Having no managers doesn’t mean workers should decide what they should be doing. Both Morning Star and EWeb divide their employees into groups who each handle a specific part of the business operation.

“We decided to make teams – little divisions who their do own profit and loss, their own recruitment, and their own marketing,” says Ng. “They operate as a business unit … so the copyrighting team, the social media team, the conversion optimisation team, for example, manage their own business.

“We try to give them the right tools,” Ng says. This may include sending workers to educational conferences, internal training or recommending books to read.

“From the time you apply into the company, we say ‘You’re an entrepreneur now.’”

Are you considering flattening your company structure? If you’ve done it, how did it go? LeadingCompany would love to hear your stories.