Ditch the managers: The benefits of flat companies 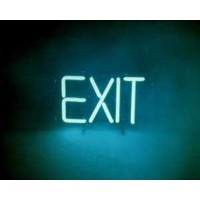 Management theory is undergoing a shift.

In his latest book, Gary Hamel, described in Fortune as “the world’s leading expert on business strategy”, urges businesses to reinvent management or face the consequences. The Financial Times asks why workers aren’t appointing their own managers, while the world’s leading companies boast of how they empower their employees.

The change in wind can also be felt in academia. The London Business School recently did a study into ‘employee-centred management’. Julian Birkinshaw, Vyla Rollins and Stefano Turconi found that despite successful managers being those who bring out the best in their employees, management is usually seen only through the eyes of management. This gives an incomplete picture of what does and doesn’t work. In describing managerial myopia, the authors said it was like sales and marketing existing without a focus on consumer behaviour.

“Most large organisations today continue to operate on a set of management principles that emerged over one hundred years ago – co-ordination through bureaucratic procedures, decision-making through hierarchical control, motivation through extrinsic rewards, and objective-setting through alignment,” the study states.

“These principles worked well when ‘efficiency’ and low-cost/high-quality production were the primary imperatives, but they are less helpful when the imperatives for success are innovation, agility and employee engagement.”

But in the midst of this broad change, some have embraced a more radical idea.

In small enterprises, they argue, workers are driven by something other than a manager’s watchful eye. They say there’s no reason this can’t be the case in a large businesses, too. For many, this isn’t a flight of fancy – it’s a business strategy.

Who has done it?

Six months ago, Australian web-marketing firm EWeb Marketing got rid of all its managers. Its 42 workers are now split into ‘pods’. Each pod operates as a small company, managing its own clients and revenue. For example, the pay-per-click marketers work together. As do the search engine optimisation people. But these aren’t regular departments. They aren’t hierarchical. Workers report to each other, and across to other groups. If there is a chain of command, it’s one of influence and expertise, rather than position.

As for pay? Ng says they tried very hard to make sure “no one went backwards”.

“People have bills to pay and so forth,” he says.

“[But] we set the expectation that moving onwards, your pay is largely dependent on your unit’s profit and loss. If unit does well, you’ll have more money to share around.”

Ng adds that communication is really important in the transitional phase.

“We remember when we employed four or five people,” Ng says. “It was so mobile, and there was so much synergy. But when we grew and had department heads, we found people blaming others for their problems.” The pods are an attempt to recapture the firm’s early energy.

But management exists not just to make sure workers don’t slack off. It’s also there to ensure the organisation works together as a whole. One of the key benefits of large business over small is the ability to avoid duplication, to pool resources to achieve greater economies of scale. Managers, through feeding information up the chain, allow these decisions to take place.

Asked how his company avoids duplication, Ng says vertical communication works just as well. Workers in EWeb reach out beyond their immediate pod to keep each other informed. “You post a message on one of our communication channels, like Yammer – our internal Facebook equivalent – or you use email or a staff meeting.”

Is it worth it?

The key benefit, says Ng, is the staff reaction.

“The vibe is amazing. From the day we decided to split into the pods, there’s been so much excitement. They started calling clients right away, saying ‘We’re now part of a team.’ Groups started taking photos, choosing pod names, some people started moving their tables. Everything just happened right away.”

Ng has seen his workers gain new skills, through teaching themselves and each other.

“Everyone started seeing themselves as an ‘intraprenuer’. Everyone is charge of their own business.”

For Ng, the shift means he can avoid checking up on his workers, and can instead focus on thinking strategically about his business.

“It’s freed up my day to innovate; to do other things we can spread our company to. This is a big job in itself.”

It’s also freed up others to do the same. “What we’ve found is that in the internet age, everyone has a wealth of knowledge and the biggest companies tap into that knowledge… Everyone has basically become a lot more powerful in what they can achieve.

“So we needed to be a lot more flexible and mobile. People can run an SEO business in their backyard, so we need to always innovate and challenge ourselves with the structure we have.”

EWeb is a young, small internet company – prone to experimentation. But Ng’s inspiration comes from a surprising place.

It’s hard to think of a more managed industry than manufacturing. The birthplace of the human cog, most manufacturing relies on hierarchical decision-making. But not Morning Star. The Californian tomato processor is the world’s largest, and has grown at a rate higher than the industry average for the past 20 years.

Founded in 1970 by Chris Rufer, who is still its president, it has three large plants that process several varieties of tomato sauce, a large trucking company that moves more than two million tons of tomatoes annually and a tomato harvesting business.

The company is divided into 20 business units, which each manage their own operations. New workers start doing simple tasks, and over time extend their skills and experience. Workers write their own job description through conducting interviews with dozens of other workers who are stakeholders in their work.

They then write up a contract to their co-workers. This process is repeated each year. Pay rises are based on productivity and decided upon collectively. No one has a job title. Rufer acts as a last resort for issues and conflicts that cannot be resolved co-operatively, but told the Harvard Business Review that problems rarely land on his desk.

The magazine’s investigation into Morning Star found this model to have been highly successful for the company. Morning Star has flourished. Rufer told the Review: “If people are free, they will be drawn to what they really like as opposed to being pushed toward what they have been told to like… they will personally do better; they’ll be more enthused to do things.”

Ng says he only recently decided what he likes most about the change.

“Having a manager implies you can’t do your job right,” he says. He’s glad he doesn’t assume that of his workers anymore.

“I expected people to be stepping up, but many surpassed my expectations… A minority have had more difficulty adjusting than others, but the majority have gone from strength to strength.”