Do teams still work or is it time to rethink? 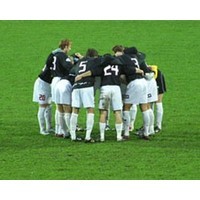 Sometimes it is useful to sit back and challenge your existing assumptions and beliefs. One common one is the idea of teams.

It almost goes without saying that teams are beneficial, and further, to be considered a ‘team player’ is an absolute career necessity.

But with more and work being done in groups and teams it’s time to reflect on the ‘pros and cons’ of this form of work (and study).

Managers believe in the effectiveness of teams. Yet the evidence in laboratory studies does not match the practitioners’ enthusiasm for teams (Allen NJ & Hecht TD, 2004).

Teams feel more democratic and members have a greater say in decisions impacting them.

Being in a team or group addresses many social needs of members.

In addition it can give members a feeling of greater meaning in their work, study or life generally.

Working in a team can be more fun, enjoyable than working alone and can help engage employees.

Individuals working in a group believe that working with others has enhanced their own performance.

Teams and groups are often slow in decision-making. In a fast-moving world this can be a significant disadvantage.

They can lead to more meetings, which consume even more time, and place more pressure on work-life balance.

There are question marks about the productivity of groups. In the literature on brainstorming for example, individuals working alone can often be more creative than a group (Mullen B, et al, 1991).

While boosting collaboration within the group, teams sometimes lead to a lack of communication with other groups.

Individuals within teams can loaf, which places an unfair workload on other team members.

Teams and groups, on balance, are indeed beneficial and likely to be even more prominent in the future.

However, the unquestioning belief in the effectiveness of groups and teams needs to be addressed. Leaders, for example, might consider whether a few dedicated, passionate people might be a better, faster way of achieving a goal (eg our new Blitz tool is six people or fewer).

It also might be the case that an individual working alone might be more appropriate than a team.

As a concluding note, does an overemphasis on teams mean that the rare, individual original thinker will be lost? Would a Bill Gates or Steve Jobs, if they applied for a position at Microsoft or Apple, obtain a position? Does being a noted team player come at a cost to greater creativity and innovation?