Dream office: Harnessing plants in the cause of productivity 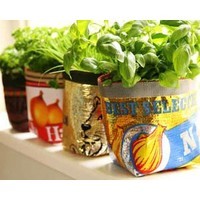 Plants improve indoor air quality, according to research by the University of Technology, Sydney, and the air quality of workspaces tends to be particularly poor.  But plants are more than air filters; indoor plants or glimpses of a natural world beyond the office has a range of demonstrated productivity benefits.

Almost every material used in office fit-outs – timber, plastic and paint, in particular – release volatile organic compounds  that, even in very low doses, can lead to headaches, lack of concentration and tiredness. Some, such as benzene, are linked to cancer.

Dr Fraser Torpy, who has 15 plants in his office at UTS, says the link between plants and air quality was first discovered in NASA experiments. “If you put indoor plants in these simulated space ships, certain aspects of the air quality were better,” he says.

Torpy and his team decided to investigate further. Firstly, they put various plants – palms are the best – into a chamber and gave them big doses of benzene, a chemical classed as a Class A carcinogen by the Unites States Environmental Protection Agency. “The capacity of plants to remove benzene from the air is fantastic – not only imperceptible amounts, but huge amounts. They are pollution removers; they love it,” he says.

It’s teamwork between plants and bacteria

It is not the plants that actually chew up the benzene; it’s a bacteria that grows in the potting mix in which the plant sits. These bacteria see the pollutants as food.

But that doesn’t mean we can get away with having pots of potting mix in the office without the plants, which do takes care and maintenance, he says. The plants create the environment in which the bacteria thrive and the potting mix will not remain active for long without the plant. Torpy has done the experiments to prove it.

Torpy’s experiment involves looking at plants’ ability to remove carbon dioxide, the gas that we exhale, and rely on our air-conditioning system to remove and replenish with oxygen.

Torpy has received about 50% of his research funding ($120,000 over several years) from Ambius Australia, which rents and maintains office plants.

Ambius spokesperson, Anne Briggs, says most people believe connecting with nature has a calming and pleasant effect. “Look in terms of what people buy for their homes – decks, bi-fold doors. Most people understand the need to connect to nature. We go camping. Nature makes us feel good.”

Of course, industry funding is common and is wasted unless the researchers are able to work independently.

Putting plants, and or art, in any office will improve productivity by 16, according to Dr Craig Knight, a psychologist, who has completed studies with more than 2200 office workers since beginning his PhD in 2006 at the University of Exeter.

Knight started out evaluating whether productivity improves with “lean” office design – the trend towards clean desks, free from personal effects, papers, plants and family photos. But he found the opposite was true. Comparing people who worked in a “lean office” against those in a space enriched by plants and art, the productivity difference was stark – the “enriched” space increased productivity 16%. Intriguingly, productivity doubled again to 32% when staff were given the autonomy to place the office art and plants where they liked (in consultation with each other).

“This is what we call identity realisation,” Knight told me recently. “That is the same as ‘empowerment’, but that word is often bastardised.”

Knight also noted a fall in “sick office syndrome” – as measured by complaints about being too hot, cold, lights too bright or dark, or getting headaches.

Knight says he has not uncovered the reason that people work better in “enriched spaces”, but believes it is quite consistent the entire animal kingdom – nests, burrows and bowers are also personalised.

It is also consistent with the way we treat our own homes, decorating and arranging them according to our own tastes.

For productivity purposes, although the real thing is tops, faking it is almost as good.

Esther Sternberg, medical researcher and author of Healing Spaces, told me in 2011 that her study of office workers shows that when they are transported from old, dingy and dark offices to a space filled with light and fresh air, there is a decrease in stress – even after they leave the office to go home at night.

She also found that a plant, even a fake one, or a picture of a beautiful tree or landscape, is almost as likely to boost the happy hormones, even if it is in a dingy office.

Torpy says leaders like the idea but baulk at the cost.

Torpy has not yet found the funding to study how many plants are needed to improve indoor air quality (whatever the answer, it might disadvantage plant providers. If three plants are enough, it might discourage sales of more, and if 60 plants was the minimum, it set the bar too high.)

However, Torpy has found that three plants can reduce CO2 levels by 25% in an airtight room providing the plants have the right amount of light.  He wants to test, with new funding, the capacity of plants in a realistic simulation of an office, replicating typical use and staffed with “fake people”.

The most receptive leaders are those trying to get their points up for a higher star rating from the Green Building Council of Australia (GBCA), the national not for profit that has developed a system to rate the environmental impact of buildings.

In May last year, the GBCA approved indoor plants in its criteria for collecting points towards a higher star rating. The GBCA cited studies by Washington State University that showed productivity can increase by as much as 12 per cent when people have plants in the room where they work.

One point is allocated for “minimum density” when there is a large plant or two small plants, as defined by the list of their pot (300mm and over or 200mm), per work space. Two points are awarded for a maximum density of one large and two small plants per work setting.

Briggs says plants improve a company’s image, as well as the health of its workforce, and frequently Ambius will start by decking out the reception area with plants that tie in with branding and image – startling, dramatic, soothing, calming.

But Ambius is keen to extend the influence of plants – which is also maintains in healthy condition or replaces them – into the back office. To win GBCA approval for indoor plants, the plants must be suitable for indoors and have at least a two year maintenance plan.

The Adelaide office of a design management and construction company, Built Environs, has 330 plants, 25% above the requirement for the Green Star rating, according the GBCA website.

In Melbourne, a fit-out company, ISIS, provoked controversy with plans to deck its headquarters with more than 350 plants. But, according to ISIS spokesperson, Gerard McMahon, once the plants were in situ, staff and clients alike were happy.