Eat, drink and grow with China 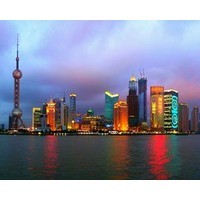 Doing business in China is becoming easier for leaders with strategic horizons, social flair and the ability to indulge in numerous fine feasts. Bereft of its emperors, China is not far away from becoming the leading global empire. There are four reasons:  its size, its economic management and growth; its healthy ways and its world-leading innovation ability. For companies in Australia’s service sector, now accounting for more than 75% of our economy, there is an expanding array of opportunity.

China’s size and scale is equally easy to understand and hard to comprehend. Our population is just 2% of China’s. In Beijing the equivalent of Sydney’s Pitt Street and Melbourne’s Collins Street are 12-lane highways. Australian companies entering the US market often choose an attractive state or region. When entering China you can choose the most attractive of 32 provinces, each the size of an entire country.

The Chinese leadership manages the fastest growing major economy in the world. Quoted in Monday’s Financial News, investment director at Harvest Global Investments, Michael Jiang, says: “The average GDP growth rate over the past 33 years is 10%. Faster-growing periods have historically coincided with periods of strong economic reform. China now needs a new round of reform – we expect to see that in the coming quarters.” (Founded in 1999, Hong Kong-based Harvest Global Investments is the second-largest asset manager company in China, managing US$34 billion.)

The growth rate reflects truly impressive economic management ability underpinned by the pride and tenacity of leaders who know they are managing a very exciting transition of a 3000-year-old civilisation – with a few bad bumps along the way. The release of China’s first quarter GDP also puts to rest another round of fears about a hard landing for its economy this year.

Under China’s current five-year plan, opening up the service sector and encouraging knowledge-intensive and high-tech services is a priority.  Alert to the possibilities, the Australian Service Roundtable, the peak body for the service sector in Australia, is steadily building relations and networks in China.

The US lifestyle is trending towards unhealthy and its health system is already sick. Robert Fogel, in a National Bureau of Economic Research paper, forecasts that US health care expenditures are likely to rise from 15% to 29% of GDP by 2040.

A factor contributing to the rise is the ever-increasing cost of advanced medical technology. Even so; access to this technology is limited to a few, while millions (many with unhealthy lifestyles) are unable to afford medicine or treatment.  In contrast, while some worry about the impact of McDonald’s and KFC on the waistlines of Chinese children, keeping fit (group exercises in the park) and eating healthily are part of Chinese culture. China is already America’s banker. Far less prominent than military and economic swagger; will worsening levels of chronic disease and dysfunction in the US health system tip the balance between these world powers more dramatically?

China is now the most efficient innovator in the world. This is the finding of the 2012 Global Innovation Index (GII) Report released last week by INSEAD, the prestigious executive education school; WIPO, the World Intellectual Property Organisation, and their research partners. (Australia limps in at 39th on the list of 125 countries.)

The well-constructed Global Innovation Index measures the overall strength of a countries’ innovation system. GII country scores are an average of the inputs to and the outputs from its innovation system. Wealthier high-income countries have better inputs: institutions, human capital and research, infrastructure, market and business sophistication; which feed into higher scores. In contrast, the Innovation Efficiency Index indicates how well a country leverages its innovation inputs, independently of its wealth. (Footnote 1)

Along with China’s top-ranking efficiency score, its GII score also shows its strength. China is not in the GII high income country group, yet on the GII index the gap between China (45) and Australia (52) is within one point of the gap between Australia and the US (58). Switzerland has the highest score (68). A recent McKinsey Quarterly article complements the GII data with a review of the Chinese innovation landscape.

Synergies between exporting and innovation are often observed. The innovation systems of companies that export benefit a great deal from the experience and stimulus of new markets, customers and cultures.

For all of these reasons Australian companies have an abundance of good reasons to think (always do the homework), fly up (at amazingly low prices), meet, greet and eat and begin to build relations and secure opportunities in one of the smartest, strangest and most fascinating export destinations in the world.

(Note to readers:  Megan and Potter are holidaying in Europe until spring.)

Here are the Global Innovation Index Numbers for the same countries, where wealthy countries with strong education and research systems lead because of their much higher inputs. Switzerland achieved the highest score, ranking number one.

One analysis within the GII report groups the 125 countries as leaders, learners and underperformers. It is worrying to see that, leaving aside the minnow Latvia, China has the best score among the learners, not far behind Australia, which, along with Japan was the worst score among the leaders. See page 24 and onwards of the report.