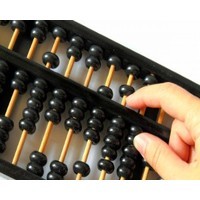 For decades, Australian governments of both stripes have talked up balanced budgets as a sign of responsible economic management. So Federal Treasurer Wayne Swan must have been gritting his teeth when he said the government would abandon its stated goal of a budget surplus this year.

Last weekend, Swan said lower terms of trade and a high dollar had a “dramatic impact” on the profitability of companies. “As a consequence of that, that’s caused a hit, like a sledgehammer to revenues in the budget, since the mid-year update of something like $7.5 billion,” he told ABC TV. As a result, Swan said it would be a “tragic mistake” to aim for a budget surplus this fiscal year.

A few days earlier, Opposition Treasurer Joe Hockey said if his side won government, they probably wouldn’t deliver a surplus in their first year of government, as they had previously promised.

“We’ve got to deal with the cards that are handed to us,” he told the media in a doorstop interview.

The budget surplus, accumulated during the boom years before the global financial crisis, is gone. Both sides are sure they’ll get it back, if given enough time. But as a report released this week by the Grattan Institute shows, both sides are underestimating the fiscal imbalances that make it hard for them to do so.

The Grattan Institute study is headline-grabbing stuff. It projects a budget deficit of $60 billion, or 4% of GDP, within a decade, if current trends continue.

If our budget were balanced with, over the business cycle, revenues more or less equalling expenses, that wouldn’t be the case.

In times of boom, economists and the governments they advise typically advocate a contractionary budget position (one where the government taxes more than it spends). The rationale is that this money can then be used to keep the economy afloat when things turn sour.

But if that were all that’s happened, the budget would be in surplus by now, the Grattan Institute’s John Daley told SmartCompany this week.

Instead, what’s happened over that time has been a ballooning of the portion of the government budget devoted to health. This isn’t the result of the aging population. We must all share the blame.

Australia’s healthcare expenditure rose nearly $42 billion in the past decade. This rise has been driven by healthcare getting better, and getting more expensive.

People of all ages are seeing their doctors more often, having more tests and operations, and taking more prescription drugs. Healthcare takes up an astounding 25% of government expenditure, so the rapid growth in healthcare costs has huge implications for the whole budget.

While corporate profits might soon recover, bringing increased tax revenues with them, it’s unlikely that the ballooning health expenditure will be reined in. Coupled with nation-building initiatives like the Gonski reforms, the NBN, the NDIS and, should the Coalition win the election, an expanded maternity leave system, it’s clear the budget equation no longer makes sense. Even if the deficit can be sustainably serviced (interest rates are low after all), were another crisis to happen, Australia’s budgetary situation leaves the government with far less room for stimulus.

There are two ways to reduce a budget deficit: cut spending, or increase taxes.

It can seem politically impossible to cut healthcare spending. For example, despite a huge budget deficit in the UK, Prime Minister David Cameron has ring-fenced the National Health Service, promising it won’t be subjected to the budget razor gang.

But there are countries that have cut health spending. Canada, facing a public debt crisis in the mid-1990s, radically slashed healthcare spending from 1994.

There were huge costs to this. Hospital waiting lists grew, thousands of nurses were laid off, and some hospitals had to close. This meant the parts of the health system that did stay open suffered from overcrowding, leading to a rise in infection rates.

Within four years, however, Canada’s government managed to turn a deficit equal to 9.1% of GDP into a small budget surplus.

Naturally, the government could also look at cutting other parts of its expenditures. However, much of the low-hanging fruit on the cost-cutting tree has been picked over the past few years as the government has scrambled to return to surplus.

The other way to meet a budget deficit is to raise taxes. After all, economists note, relatively speaking, Australia is a low-tax country.

One way to measure relative taxation burden is to look at what percentage of GDP a government collects in taxes.

Across the OECD since 1980, Australia’s been persistently below the OECD norm. At the moment, we’ve got the fifth-lowest tax burden of the 34 OECD states, eclipsing only South Korea, Chile, the United States and Mexico. We’ve gotten away with low taxes for a long time because relatively speaking our welfare and government services are better targeted than in many other countries, the OECD notes. But with big expenses on the horizon, maybe our taxation level doesn’t cut it anymore.

That’s why the OECD recommends Australia raise taxes, specifically the GST, which at 10% of purchase price is low by international standards. It recommended doing this while lowering company tax, which is high by OECD standards. This squares with the recommendations of the Henry Tax Review.

John Quiggin, an economist at the University of Queensland, says we have to raise taxes to fix the fiscal equation.

“The Grattan Institute correctly makes the point that the areas where government involvement in the economy is required are expanding, relative to the economy as a whole,” he tells LeadingCompany. “There really is no way we can invest in those needs accurately without an increase in taxation.”

Asked what taxes he would raise to plug the budget hole, Quiggin nominates GST and income tax.

“They’re the taxes that raise substantial sums of money without distorting economic activity,” he says. “I’m of the view that the tax cuts for high-income earners promised by Howard and implemented by Rudd weren’t affordable, and that’s proved to be the case. It’s sensible to look at rolling those back.”

However, when asked whether they thought they should pay higher taxes, those in the highest tax brackets baulked.

”People earning more than $150,000 are generally well disposed to the proposition that high earners should pay more”, said Per Capita executive director David Hetherington. “It’s as if they don’t realise they are high earners.”

There’s a cognitive dissonance to the responses. But at least they suggest, on one level, that we know we can’t have our cake and eat it, too.