Effectively altruistic: It’s not just the thought that counts 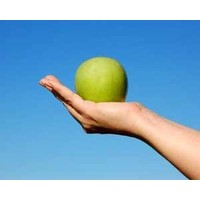 If you want to make the world a better place, maybe the best thing you can do is take the highest-paying job you can.

Think it through. If you take a low-paying job with a charity organisation, you take a spot that otherwise would have been filled by someone almost as qualified as you. You work hard, but you’re ultimately constrained by resources and how much good you can personally get done.

Let’s rewind and imagine you took a career in high finance. You make millions, and give away a fraction to charitable causes. Through your donations, the charity you would have worked for employs three more people. As a wealthy benefactor your effectiveness is three times as great.

This logic about aid intrigues Robert Wiblin, who will from September will take up a job as the research director at 80,000 Hours, a charity-focussed think-tank and online community based in Oxford, England.

“It’s called professional philanthropy,” he explains. “Setting out to make money to give away.”

“It’s underappreciated as its impact isn’t as immediately obvious, but it can be very effective.”

80,000 Hours aims to help people stick to their philanthropic goals by making it a publicly-known part of their identity, and become more effective by providing advice on career paths and what charities to give to. The “80,000 hours” in its name refers to the time someone devotes to their career over a lifetime. The group encourages people to think carefully about how they will use all that time, stating on its website that “it’s not always the careers that are traditionally thought of as ethical that actually do the most good.”

Giving to international aid rose in popularity when television started showing pictures of those in extreme poverty, and through ubiquitous campaigns such as singer Bob Geldof’s Live Aid in the 1980s. But recent years have seen a backlash in some quarters against feel-good, emotional giving. Influential economists such as William Easterly at New York University have devoted considerable effort to pushing for aid to be spent in ways that do the most good. Organisations like the Grameen Bank (a micro-credit agency which offers small loans to help poor people start businesses, with impressive success rates) have gained prominence as people demand more effective means of helping the world’s poorest.

This quest for efficiency has driven some interesting trends in charitable giving. For instance, when it comes to philanthropy in Australia, businesspeople such as advertising king Harold Mitchell have increasingly been willing to speak about their giving, using their standing and influence to push others to give, rather than modestly donating behind closed doors. And there’s been a rise in ‘meta-charity’. For example, researchers at GiveWell (www.givewell.org) have attracted a great deal of attention for ranking charities according to which get the most bang for their buck.