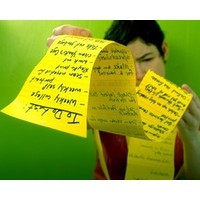 Bob Pozen does a lot. He’s been a top executive at two mutual fund giants. He’s also been an attorney, a government official, a law school professor, a business school professor and a prolific author. And he has often been several of those things at once. Yet Pozen never comes across as overwhelmed, frazzled, or even all that busy. We know this because he’s a frequent contributor to Harvard Business Review and hbr.org – with a reputation around our offices for writing faster than we can edit. Our experiences with him led us to wonder if he might have something interesting to say about personal productivity. So we asked him about it. The result was a series of blog posts for hbr.org, which Pozen has here distilled into six principles for a more productive work life:

Many CEOs I’ve encountered say, “Here are the top five priorities for the company. Who would be the best at carrying out each one?” Then they propose themselves for all five areas. That might be the right answer, but it’s the wrong question, because it’s based on a self-centred concept of comparative advantage. The correct question is, “Which functions can only you as the CEO perform?” You may be the only executive who can meet with a top regulator or persuade a key client to stay.

Principle 2: It’s not the time you spend, but the results you produce

In a crisis it may be necessary to burn the midnight oil, but the ambitious have a tendency to stay late every night. This tendency arises from the implicit assumption that more hours equal more value added. Your success should be measured by the results you produce, not the number of hours you log.

Here’s an exercise I used with my children and nephews. When I saw them doing dense reading in a history or science textbook, I would ask, “When you get to the exam in a month or two, what do you want to remember from this chapter?” Then I’d say, “After reading this chapter, please write no more than the one or two paragraphs you want to remember for the exam. Then go back and see how you could read more efficiently to obtain that paragraph or two.”

With emails, the first thing to do is to decide which ones need to be read. Second, if any of them are important, I try to answer them right away. If I can’t, or they have lengthy attachments, I have them printed out.

Principle 4: Prepare your plan, but be ready to change it

To prepare for a speaking engagement, you should jot down on one-page a list of your four or five key points and a concluding paragraph. Then try to arrive early enough to hear the prior speaker or to chat with people during a break. That will allow you to grasp the mood of the audience and tailor your four or five points to its state of mind.

I’m a big advocate of preparing in the evening for the following day. In reviewing each item on the schedule, I’ll write down a few words about what I want to accomplish. I’ll also compose a list of tasks in order of priority. At the end of the day I’ll review what I’ve gotten done and decide what I need to do in the future. However, I often have to revise my schedule as events progress. Sometimes a meeting is cancelled or added, or I’m asked to comment on a news show. So I just revise my to-do list and reset my priorities.

Principle 5: Let others own their space

Many executives begin meetings in a directive manner: “This is my view about where this project should head. And here are the key steps I believe we need to take.” That gives a meeting focus, but it may also discourage participants from voicing concerns.

I might say, “Here is the area where we really need to do something. It is a difficult area, and there are several ways to address the problems. Now, this is my tentative view of the path we should take, but I could be wrong. I want you to feel free to disagree and offer alternatives.” Then I have to be willing to discard or modify my hypothesis if someone comes up with a better approach.

At the end of a meeting I will always ask, “What are the to-dos, who’s going to take care of them, and when will they be delivered?” I want the participants to agree on the deliverables and to set their own timetable. Then they will have an ownership interest in the follow-up, rather than just going along with my directions. If employees own their unit, they must be given leeway to try out new strategies.

That invariably means that they will sometimes drive to a dead end or incorrectly assess a market’s potential. If you fire them for making such mistakes of judgment, you will undermine the culture of ownership. Of course, your tolerance for mistakes should not be unlimited. You should not ignore illegal or unethical actions. Nor should you tolerate repetition of similar mistakes by the same people. One of my favourite sayings is, “Let’s make a new mistake.”

Almost any meeting can be completed in an hour or, at most, an hour and a half. After 90 minutes, people turn off – they get tired and stop paying attention.

The presenter at a meeting should circulate materials in advance to all participants. These should always include a one-page executive summary, and the explicit norm should be that everyone reads at least the summary before attending the meeting.

In a productive meeting, the presenter takes five or 10 minutes to set the stage and tee up the key questions. That leaves the rest of the time for discussing issues and formulating an action plan. But we have all attended unproductive meetings. We sit quietly and politely as the presenter reads every word of 20 or 30 PowerPoints – many of which were included in the advance materials for the meeting.

Instead, after the first 15 minutes of slides, we should collectively rise up and exclaim, “We’re as mad as hell, and we’re not going to take this anymore!” Wasted time and effort are the ultimate productivity killers. They should not be tolerated.

Exercise: With exercise, the key is actually doing it. Many successful people have a daily routine that involves running, biking, swimming, or fitness machines. I am bored by such activities, so I play doubles tennis two or three times a week.

It’s easy to skip your workouts when travelling. The facilities may not be good, or your schedule may be too tight. But those are the days when you need exercise the most.

Healthful eating: Similarly, it’s easy to break healthful eating habits when you’re on the road. I know a private equity executive who puts on 10 or 15 pounds every time his firm raises a new fund. Here are three tips for avoiding this fate: follow your normal breakfast menu even at breakfast meetings. Avoid all desserts at lunch or dinner events. And try to limit alcohol, which is quite caloric, to one glass of wine.

Sleep: Finally, let me give a sermon on the importance of sleep. Some executives say they can get along on four or five hours a night, but I doubt they are as mentally sharp as they could be. Seven or eight hours a night, plus a brief nap during the day, will make your waking hours far more productive.

Again, it can be challenging to stick to this routine when on the road. Evening flights from the East Coast of the United States to Europe last only six or seven hours, so I eat before getting on the plane and go right to sleep as soon as I’m in my seat. The key to sleeping on planes is a blindfold and earplugs, which create the sense of being in a cocoon, cut off from the rest of the world. This feeling is easier to create in a window seat than in an aisle seat, where it’s hard to avoid the commotion of the plane’s staff.

Robert C Pozen is a senior lecturer at Harvard Business School and a senior fellow at the Brookings Institution.