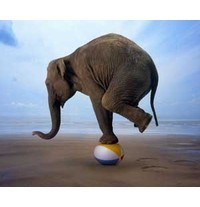 There is little doubt that the Australian public sector is facing some major headwinds at the moment. State governments in NSW, Victoria, and Queensland are all embarking on major reform agendas across their education, health, and transport portfolios.

In each case, the federal government has managed to manoeuvre itself into a position to set the agenda for these portfolio areas, despite state governments being responsible for the delivery of services. The wrangling over the Gonski report into education reforms is just one example.

A really simple reality is now focusing attention within the leadership of the various state public services. Many critical state budget line items are heavily dependent on federal funding, and the principle of “user pays” is now deeply unfashionable among politicians. Perhaps more importantly, when state and federal politicians fail to find common ground, funding for even basic state services can disappear.

Beyond the likelihood of ongoing bitter political wrangling, there are of course much broader public service issues which will really start to bite over the next 10 years, with basic demographics being one of the most challenging. Put bluntly, the workforce in both public healthcare and education is rapidly aging, with very high attrition rates for young employees.

There is no doubt many within the public sector workforce who will benefit from reforms, but the instability now inherent in a career within the sector is likely to raise workforce costs in the long run.

These higher costs will occur due to the expenses created by the loss of internal expertise, and the consequent need to constantly replace skilled employees at market rates. In an economy facing skills shortages and full employment, employee turnover can rapidly inflate overall costs.

The combination of these factors will undoubtedly make it difficult for state governments to reign in overall costs, with outsourcing simply shifting costs and headcount into a different bucket, rather than reducing them.

To achieve significant improvements in workforce productivity over the rest of the decade, state governments are likely to need to embark on innovative new service delivery models. In many areas this will require legislative and regulatory streamlining, to eliminate prescriptive requirements designed around the assumptions of paper based bureaucratic work practices.

Improvements in workplace environments can of course be achieved while budgets are being reduced. Cross training and multi-skilling of the workforce can be achieved inexpensively by rotating employees through different roles and sections of the organisation. Over time, this can help reduce skills shortages, while keeping the workforce engaged.

Large enterprises are already facing many of these pressures in various parts of the country. Australia has a low age for voluntary retirement, and the proportion of the population over 65 is already very high in regional Victoria, South Australia, and Tasmania.

More than half of Tasmania’s population is older than 40. Inner city areas in major Australian cities have relatively young populations, which might create misleading perceptions for city bound leaders, and further complicate the politics of resource allocation and service delivery.

This Australian Bureau of Statistics map of population distribution illustrates the issue in pretty dramatic terms. Our rapidly ageing population is congregating in regional Australia, where public transport and health services are extremely expensive to deliver.

In reality, the much-maligned federal government NBN project is probably going to save the budget bacon for the state governments when it comes to health and education. The potential to improve access to specialist healthcare via video collaboration and other technologies is a very real cost-saving opportunity for healthcare, and distance learning is already a fact of life for many Australian university students.