Fiscal ‘grand bargain’: A great betrayal of America’s most vulnerable 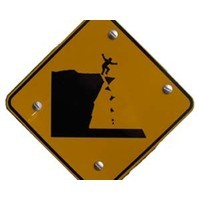 The buzzwords on Capitol Hill this month tell a dramatic story. The United States, hurtling toward an unavoidable economic disaster, can be saved only if Republicans and Democrats join hands to bring balanced austerity to the American people.

As Vice President Joe Biden would say: what a bunch of malarkey.

The fiscal cliff is a wholly unnecessary – and easily avoided – crisis. The grand bargain aims to fix deficits when unemployment, low consumer demand, and sluggish growth are America’s most pressing economic problems.

And that shared sacrifice? It falls almost entirely on economically vulnerable Americans: women, the poor, the aged, and the ailing middle class. In exchange for cutting programs for these groups, the wealthiest 2% of Americans (households earning more than $250,000 a year) would see their taxes return to Clinton-era levels. That is, the top marginal rate would rise from 35% to 39%.

For everyone else: stagnation. In the past five years, the median household income in the United States fell to $50,054 from $55,198, continuing to tumble even during the first few years of the recovery.

The grand bargain threatens to make the situation worse. A columnist for the New York Observer called it “a prescription for hunting down every last remaining vestige of the middle class in this country and beating it to death with a stick.”

Strong language, but apt. Because when it comes to “shared sacrifice”, some groups sacrifice far more than others. Women, for example, will be hit hard by cuts to Medicare (health insurance for the aged) and non-defence discretionary spending. Because they live longer and earn less than men, women make up a greater proportion of Medicare recipients and have fewer resources to pay out-of-pocket for care.

Moreover, this budget has long been a favourite target for politicians looking to make cuts without touching popular programs like Social Security and defence. In 1996, welfare reform gutted Aid to Families with Dependent Children, a vital program for children living in poverty. Prior to the reforms, 68% of families living in poverty received aid through the program. In 2010, the program reached only 27%.

In the first round of trillion-dollar cuts during 2011’s debt-ceiling crisis, President Obama boasted that the agreement he reached with Congress would “reduce non-defence discretionary spending to its lowest level since Dwight Eisenhower was President” in the 1950s.

Therein lies the problem. Like President Clinton before him, Obama touts cuts to the already tattered social safety net as a positive development. True, he has angled to save programs for the poorest Americans and has laid the foundation for broader health coverage. But in promoting the grand bargain, he demonstrates a willingness to sacrifice the social compact in order to solve the wrong problem.

Deficits simply aren’t the most pressing issue in America. Indeed, given the weak recovery, austerity measures would likely create a drag on the economy by suppressing consumer demand. Without unemployment benefits or food stamps or home-heating assistance, many Americans simply won’t be able to participate in the broader economy.

Yet this is not just an economic issue; it’s an ethical one. At a time when income inequality in America is at a 70-year high, when the poor and the middle class are losing ground, when 46.2 million Americans live below the poverty line, the grand bargain would force millions of Americans to choose between a heated house and a hot meal, between education and medication. Sacrifice, yes. But shared? Not remotely.

In his victory speech last month, Barack Obama declared that America’s greatness came from “the belief that while each of us will pursue our own individual dreams, we are an American family and we rise or fall together as one nation and as one people”. Such a belief only holds true if Americans refuse to exchange their social compact for the mess of pottage that is the “grand bargain”.