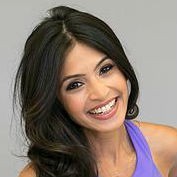 Fast-growing fitness industry startup ClassPass is coming to Australia in a move that will shake up the local market.

ClassPass allows users to sign up for classes at a range of venues instead of being locked in to one gym or studio.

In the United States it charges $US99 ($138) a month and since it was founded in 2013, ClassPass has already being valued at $US400 million recording revenue of over $US60 million.

ClassPass now has 7000 partnerships with fitness studios in the US, Canada and the UK.

As it prepares to launch Down Under, ClassPass is advertising for a regional general manager to head up its operations in Australia.

Competitors have already launched in the Australian market hoping to achieve a first-mover advantage, with Kfit, Classhopper and BodyPass all offering a similar service.

Co-founder Payal Kadakia, spoke at Salesforce’s Dreamforce conference in San Francisco today saying her passion for dance gave her the idea for ClassPass.

“But I realised as I was getting older it was getting harder to stay connected to something I loved and I looked around and I saw so many friends that fell out of things that they loved.”

Kadakia says there are “so many pain points” with staying connected to things that you love and she realised it shouldn’t be so hard.

“That’s really what helped me come up with the idea of ClassPass,” she says.

“It was basically a discovery platform for fitness classes with a mission for connecting people and connecting them through things that are active.”

In the first month ClassPass had 35 users, in the second month 70, and now Kadakia says there are “thousands”.

Kadakia has used Salesforce IQ to grow the business as it scaled rapidly.

Looking to the future, Kadakia says ClassPass will expand beyond fitness classes.

“We want to continue to make peoples lives more engaging, whatever that might be,” she says.

“Other types of classes, we are looking into that sort of thing, music classes cooking classes, really what gets people excited again about life. We are going to start adding those sort of things and partners to our platform.”

SmartCompany attended Dreamforce in San Francisco as a guest of Salesforce.