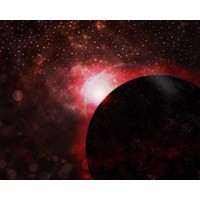 Entrepreneurs are known for their crazy and eccentric bursts of creativity, but this latest one may top them all – James Cameron and the founders of Google have teamed up to mine asteroids.

The filmmaker, along with Sergey Brin and Larry Page, are reportedly preparing to announce the foundation of their latest company, Planetary Resources, according to the latest report in MIT’s Technology Review.

The debut is set to take place next week, at which the company will announce its plans to mine asteroids. The group is headed up by Peter Diamandis, who in 2005 said at a TED Talk that “everything we hold of value on this planet – metal and minerals … is available in infinite quantities”.

Asteroid mining has been the stuff of science fiction for decades, but these entrepreneurs are taking eccentric spending to a new level.

But there is a lesson leaders can learn from wild plans like this, and the five crazy ideas we’ve profiled below.

While backing asteroid mining might seem like a rich person’s folly, these are entrepreneurs known for pushing the envelope and exploring ideas that at first blush might seem difficult, if not impossible.

A leader with the ability to daydream a little, or at least visualise some truly big picture ideas, can be invaluable in the right organisation.

1. Heading to the bottom of the ocean

Cameron may be heading into space for his latest venture, but one of most recent bursts of eccentric behaviour saw him plunge all the way to the bottom of the sea.

Cameron is an avid explorer, using his fortune to fund trips kilometres under the surface of the ocean to search for lost shipping wrecks and biological treasures. And just a few weeks ago, he travelled in a submarine funded by his own money to the bottom of the Mariana Trench – the deepest-known point in all the world’s oceans.

While Cameron may have impressed many when searching the wreck of the Titanic, this latest trip saw him dive nearly twice that depth – where a miniscule crack in the ship’s hull would mean instant death.

Peter Thiel is known for being one of Silicon Valley’s most eccentric entrepreneurs, and his investment in a network of floating islands is definitely one of the most fascinating.

Thiel is a staunch libertarian, and last year donated $1.25 million to an initiative to create floating libertarian countries in international waters, where entrepreneurs would be able to experiment and create businesses free from existing laws and regulations.

The initiative hopes to have its first settlements up within the decade.

Amazon’s founder and chief executive isn’t one of the most eccentric entrepreneurs around, but still likes his crazy projects.

Bezos donated $42 million to the project that will construct a clock designed to tell time for the next 10,000 years. The idea has been around since the 1980s, but Bezos has put his own money to the task.

“If you think something is important, and you think nobody else is going to do it, then it’s a useful thing to do,” Bezos told Wired.

So why exactly is this clock, which is being built in the middle of a Texas field, so important?

A tourist attraction, mainly. But Bezos also says it has a profound lesson – people need to understand the future and the affects they may have on it.

4. Space travel for the everyday consumer

Branson has too many crazy projects to list, but surely one of the most notable is his plan to send everyday consumers into outer space.

Over the past few years Branson has been hard at work with Virgin Galactic, a type of airline that will send passengers into space. It’s all part of a vision that sees everyday space travel as the end goal.

That dream isn’t a reality just yet. But it’s getting there – tests are underway in the United States for the company’s massive aircraft.

Alan Gibbs is one of New Zealand’s richest men. The entrepreneur began his career importing electrical equipment, and then started Auckland’s largest car lot. And cars played a starring role in this businessman’s crazy project – to build a high speed amphibious vehicle.

It’s not just a prototype, either. Richard Branson used one to travel across the English Channel.