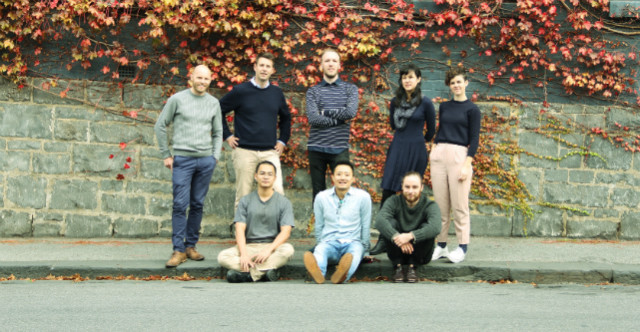 Over the past year, Australian startups hacked into everything from fintech, fashion and farming to education, security and even sex toys.

We saw top levels of government and big companies shake hands with new founders, and the spotlight on Australian startups intensified as investors and founders around the world discovered the buzz emerging Down Under.

As January approaches and the excitement continues, here’s a round-up of five of the hottest trends for early-stage companies in 2017.

The Corporations Amendment (Crowd-sourced Funding) Bill 2016 allows “unlisted public companies with under $25 million in assets and annual turnover” raise up to $5 million on crowdfunding platforms.

On StartupSmart’s podcast series Starting Change, Pozible co-founder Rick Chen said the opening up of new businesses to ordinary retail investors would be a game-changer.

“We don’t see this sort of transformational change very often in our lifetime,” he said.

Blockchain technology has been brewing underground for years but as it surfaces into mainstream Australia, it has the potential to shake up even the world’s most disruptive companies like Uber and Airbnb.

“I’m also excited about seeing mainstream adoption of the blockchain, particularly in the fintech space [because] we want to fix expensive and slow fundraising processes,” says Crabbe.

But the potential of this technology goes well beyond financial services, writes Blockchain expert Hussein Dia.

While many new founders are diving into the “sharing economy”, Dia says blockchain service providers can do the same thing service aggregators do while also gaining greater value for themselves.

While Uber may be “the world’s largest taxi company, [owning] no vehicles“, Dia explores how blockchain can challenge this model to give more value to the drivers or those who deliver the services.

“What could a “peer-owned” and “peer-run” marketplace look like?” he asks.

“[Blockchain’s] real value is in establishing trust-based interactions and accelerating the transfer of governance from centralised institutions to distributed networks of peer-to-peer collaboration.

“The impact can be profound: a centralised institution acting as intermediary in a transaction of value is now at risk of being disrupted because the same service can be provided on the blockchain through peer-to-peer interaction.”

In 2017, businesses will be grappling with increasing consumer demand for businesses that do more than make profit. Tiffany Apczynski, Zendesk vice president of public policy and social impact, previously told StartupSmart more than 90% of consumers around the world today will move to brands associated with a good cause.

A large part of this is being driven by millennials, who make up a fifth of the Australian population, and are worth more than $2.5 trillion in the US alone.

With this shift, Australian founders and innovative thinkers are gaining increasing support to build businesses that serve a greater purpose.

“By putting purpose at the centre of our decisions—what we do for work, what we support when we make a purchase—each of us can make a positive change.

With social media giants like Snapchat reporting 10 billion videos are watched on its app daily, and Facebook expected to be all video in a few years, the race to crack the production of video and mobile content is on.

“Online video is where the web was ten years ago,” TechCrunch reported back in 2010.

We’ve witnessed the impressive growth of startups like Big Review TV, which has produced more than 16,000 videos for small and medium businesses, and we’ve seen the emergence of new players like video production startup Shootsta, which raised $1 million in July.

This is leading to a more seamless living experience between the real and virtual world.

“The idea is to make sure we have a hyper scale cloud that operates all over the world,” he said.

According to Startup Muster co-founder and chief executive Monica Wulff, the unfolding developments won’t only transform how we live, but will change the game for businesses and how they operate.

“Everything from continued uptake in VR and AR, to the physical presence of previously digital stores, to how we purchase and receive goods,” Wulff tells StartupSmart.

“IoT [Internet of Things] and how it’s impacting business and industry [will be a major trend], not just homes and the end consumer.”

“I’m excited about any opportunities that allow our startups and the businesses that support them to test, fail, grow and share,” Wulff says.

“These trends are opportunities for our startups to work on cutting edge technology irrespective of their location.”