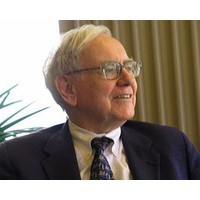 It’s the one event in the business world that prompts as much speculation and commentary as an award show – the annual shareholder’s meeting for Warren Buffett’s investment giant Berkshire Hathaway.

The event itself, attended by shareholders from all across the world, is famous for the various pieces of comments and advice handed out by Buffett, considered by many to be the world’s best investor. Shareholders also keenly await hints on the company’s direction and future.

There’s plenty to talk about this year. Buffett has just been diagnosed with prostate cancer, prompting discussions over the company’s succession plan and whether it has any plan for when the “Oracle of Omaha” ever retires.

Every year usually brings a few pieces of wisdom – here’s five from this year’s meeting.

Buffett’s cancer diagnosis has caused a flurry of discussion about his successor and who it will be, although Buffett himself has confirmed the cancer is at an early stage and manageable. He attempted to put the matter to ease at the meeting.

“I don’t think that every deal that I made would necessarily be makeable by a successor, but they’ll bring other talents as well,” he said.

“I virtually know that the successor we have in mind will not be the kind who will turn off our managers, because the successor in mind has the culture and the people embedded as I do.”

He also attempted to calm some nerves over the subject of the company’s unpreparedness for such an event, saying: “We spend more time on that subject than any other subject that might come before the board”.

Buffett has been in trouble with some people in the business community lately over comments urging President Barack Obama to raise taxes on billionaires. He attempted to face his opponents at the annual meeting.

“When Charlie and I took this job, we did not agree to put our citizenship in a blind trust,” Buffett said, referring to Berkshire vice chairman, Charlie Munger.

“If you told Charlie or me five years ago that you’d have a 50-to-1 ratio between oil and natural gas, I think we would have asked you what you were drinking.”

Business owners would have their own views on how business school graduates fare, but Buffett seems to have a negative opinion:

“I think they’ve taught students a lot of nonsense about investments.”

5. On staying away from government bonds

“The nice thing about sovereign debt is they cannot pay you at the end and you can’t grab anything from them.”

“I don’t know how it plays out in Europe. We have seen the European Central Bank here recently give $1 trillion to banks which are loaded with sovereign debt, which really is questionable in many cases.”

“I would stay away from medium- or long-term government bonds, our own or those of other countries.”