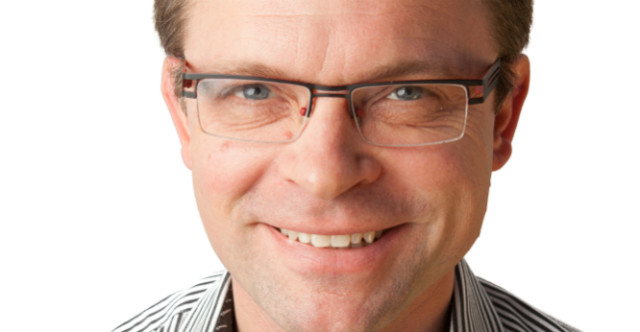 As a business grows, the ability to easily run with innovative bright ideas and creative streaks can drop.

So how do you maintain that spirit when you go from a team of two to five, to 50, then 300 and beyond?

Read more: How to encourage innovation in your business in one day

Some of the world’s fastest growing tech companies like Atlassian and Zendesk use internal hackathons.

The employee-only events are stitched into the fabric of these multibillion-dollar giants and it gives every staff member the opportunity to create something new from scratch.

“It is wired in from day one,” Atlassian’s HipChat general manager Steve Goldsmith told StartupSmart of the 24-hour hackathons the company run each quarter.

Zendesk runs its 24-hour hackathon, “Zendevian Cup”, once a year.

The outcomes of these types of events vary from developing new products to innovating existing processes, but one of the best results is it builds culture.

“It’s not about the win or loss of the idea,” says Goldsmith.

So how do they work?

StartupSmart asked Brett Adam, the managing director and vice president of engineering at Zendesk in Australia and New Zealand, about the golden rules.

To make an event like this work, Adam tells StartupSmart, every person in every department should participate.

At Zendesk, the Zendevian Cup brings together more than 100 teams across the company’s global workforce.

The 24-hour event is run from midnight and all teams start at the same time.

To make it fair for all teams, Adam says the company chooses a different time zone to start from each year.

For the best results, Adam says it’s important that every team is made up of employees across various departments, and if employees are dispersed around the world, they’re encouraged to team up across borders.

To ensure this happens at Zendesk, teams are scored for their diversity.

“A team made up of only engineers will not score as much as cross-collaborative teams,” Adam says.

3. Stick to the hackathon rules

While each company will set and amend its own rules, Adam says the following rules have worked for their hackathons.

“You don’t work on your project until the clock starts, you’re not allowed to start early and you can’t finish late.

“You can build anything. It needs to be somehow related to Zendesk in some fashion—apps, process, innovation, internal tools—it just has to help Zendesk or Zendesk employees.

“Teams should be balanced and there are points [for that].

“It is important that the whole company does this on the same day, you’re getting paid as usual.”

Over the course of 24 hours, the Zendesk teams must produce something at the end that they can pitch.

Adam says this could be anything from new products and internal “process innovation”, to an interactive story website for new employees to learn about the history of the company.

At Adam’s first Zendevian Cup, he says he had only been with the company two months.

“I just threw my hat in the ring, hacked a bit of java script—I felt like the newbie. It’s done in an intense hot house environment,” he says.

Once the teams have their idea, they create a short video pitch, which is reviewed by the judging panel. The best pitches are chosen in categories like “most innovative new product idea” or “founders’ choice award”.

“They produce some kind of result of their efforts,” he says.

“Everybody participates in the way they feel most comfortable with.”

To celebrate the efforts of everyone involved, Adam says the Melbourne Zendesk team watches all the pitch videos created at a shared lunch.

“Some of them are hilariously funny,” he says.

The winning teams and runners-up have their pitch videos watched by the entire Zendesk family around the world.

This gives everyone a chance to look back, learn and celebrate their efforts.

“The important part is it’s the whole company,” he says.

In addition to a charity donation in their name, the winning teams get a whole week to work on their idea and build it out further.

Adam says the company previously gave teams cash prizes but because most participants would donate it to charity, Zendesk switched it to a charity donation.

“It’s not really about the money,” he says.

“There have been many times where these ideas have turned into something really valuable.

“[When ideas] generally help make things better [the] company invests in the outcome.”

6. Create hype around it

Because hackathons require a high level of engagement and excitement from every staff member to work, Adam says it takes a dedicated effort from the top of a business to “bang the drums”.

“There is an internal website that has a countdown clock till the next one,” says Adam of the Zendesk events.

“In the lead up to the next one, we’ll show a highlights reels [which] takes a bit of energy to organise.”

Six to eight weeks before the next Zendevian Cup, an email is sent out with a link to the website and a reminder for employees to register. Rules for the event, including any changes, are also published around two months ahead of time.

Three weeks ahead if registration numbers are low, Adam will actively encourage his team to sign up and may even hold a quick company meeting to talk about the upcoming hackahton.

“It may take a little bit to get it right and a couple of years of doing it.

“We’ve been doing this long enough that it’s something that existing employees look forward to, which makes it really easy for new people to come in and learn about it.”