Forget about a company tax cut 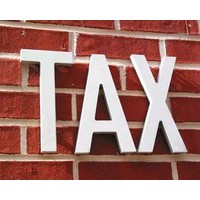 Reading the Business Tax Working Group’s report on ideas for cutting the company tax rate, I was struck by a sense of familiarity.

An explanation of the benefits of cutting the company tax rate to 25%… an examination of some of the more industry-specific tax breaks contained in our system… a discussion on the way R&D tax breaks work… I felt I’d read it all before somewhere.

Then it struck me. The Henry Tax Review! That two-year, in-depth blueprint for holistic tax reform, compiled by former Treasury secretary Ken Henry and handed to the Federal Government in May 2010.

This monster bit of work – which was really very impressive in its size and scope and covered a lot of the same territory as the Business Tax Working Group’s report – was largely ignored by the government, which is still to release any of the modelling Henry conducted in the compilation of his report.

Ken Henry saw most of his hard work go to waste. You get the feeling Chris Jordan, head of the BTWG, is about to see the same thing.

It’s hardly surprising that there are similarities between the Henry report and the BTWG discussion paper. It’s actually quite nice, as it brings the idea of a cut to the corporate tax rate back to where it started.

It was on the day of the release of the Henry review that Treasurer Wayne Swan unveiled his mining tax and declared that the company tax rate would be cut to help redistribute the spoils of the mining boom throughout the economy.

The mining tax was reworked and so was the company tax cut, which was eventually sacrificed on the altar of Swan’s budget surplus in May this year.

After businesses rounded on the government over what it saw as a broken promise, Swan and Prime Minister Julia Gillard declared that cutting the company tax rate was still a top priority. Except the money set aside had been spent, and the BTWG needed to come up with tax measures to cut to try and find the reduction in the corporate tax rate.

And so the BTWG completed the circle, going back to cover the same ground as poor old Ken Henry.

But where Henry got praise from much of the business community for his impressive review, Chris Jordan is unlikely to get a great reception.