Former PM Julia Gillard on STEM, diversity and how dragons and sharks encourage Aussies to be entrepreneurs 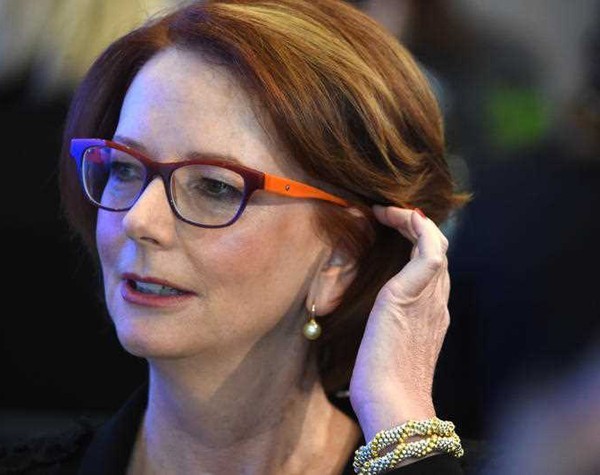 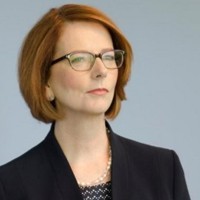 Making entrepreneurship more visible and embracing it as a part of Australian culture will encourage the next generation of Aussie innovators, according to former prime minister Julia Gillard.

Gillard, now the chancellor of Australian education social enterprise Ducere, addressed a room of entrepreneurs and startup founders on Thursday night as part of a Startup Grind in Melbourne on Thursday night.

The hour-long discussion ranged from her time in politics (“there’s no other occupation in our nation that gives you so much ability to put your values into action and to make change”), post-politics public appearances (“you can get paid for public speaking, who knew?”) to her “pretty high standards” for retweeting things.

On encouraging more women to be entrepreneurs

“I think this is a wonderful time of change, and the very fact I was prime minister is telling you that change is possible,” she says.

Gillard was asked about the gender gap in entrepreneurship and the tech startup world, and said that although change is happening at a “rapid rate”, there are still many barriers in place.

“The stats about how many women we’ve got on corporate boards and doing MBAs are truly shocking,” Gillard said.

“There’s a set of things in our business and financial communities that we just have to get over, those historic male biases in business and finance which means the networks where people share ideas and get access to things that promote someone up have tended to be closed male networks.

“For some women the things that hold them back are those network disadvantages and some structural impediments – especially by the time you’re trying to balance work and family time.

“I also think that some women don’t put themselves out there as often as men. We’ve got to be offering mentors and role models that help women find the capacity to say ‘yes I can do that’ and take the risk.

“If we got back together in 20 years I think we would be able to look at quite startling differences in the statistics about women entrepreneurs.”

How shows with sharks and dragons help boost entrepreneurial culture

Gillard has previously revealed she is fan of a TV show featuring ‘real’ dragons, Game of Thrones, but she also showed a familiarity with business proposition shows such as Dragons’ Den and Shark Tank.

“The whole sharks, dragons and the rest of it, the shows we see on TV where you’ve got someone pitching an idea and people with money, it’s all an Australian Idol style where one’s a nice judge and one’s a mean judge,” Gillard said.

“But even with that TV formula I think the very fact we can watch on mainstream television shows that are about entrepreneurships and invention and what it takes to get it to the next stage, you can watch people with ideas and watch people with money and the capacity to tell them what they’ve got wrong and right.

“I actually think that’s making a cultural change that will ultimately feed through to our children.”

Why startup founders need to focus on education first

Gillard was asked by an audience member about the startup tactic of focusing on a business while putting education on the backbench.

“It’s a strategy that can only last for so long, and then it’s going to fall over,” she said.

“It’s this battle between what’s urgent and what’s important. What’s urgent are all of the demands of your business today. What’s important is the investment you make in your own capability so you’ll be successful in five, 10, 15 years’ time.

“At the rate of change we’re seeing now, if you aren’t investing in those capabilities, no matter how good your business is at the moment, by the time you hit that five, 10, 15-year mark and you haven’t changed and refreshed it then it’ll be old-hat and someone will have moved in to take its place. You can’t let yourself languish behind that curve.

“It’s a real requirement for all of us to be thinking about what we need to do now to be investing in those long-term things.”

On how to better promote STEM education

“We’re 30% behind where we should be. STEM is such a great enabler in our age of big data and technology and if your workforce falls behind those skills then inevitably your economy will fall behind,” Gillard said,

“I go to schools a bit, and you give an address about trying your best, but really it’s better if it’s younger people than me who are doing interesting things that kids are going to latch on to.

“It’s great that kids are aspiring to go into politics but we’re only going to have so many politicians and one prime minister at any one time, whereas we can have hundreds of thousands of entrepreneurs.

“So if we can encourage people to go and model what it is to be successful and take risks and use these skills, kids can pick up on those cultural signs about what’s interesting and what’s good to do.”

How entrepreneurial thinking will change education

“Entrepreneurship and higher education have collided and consequently the university world is being very disrupted and there’s a lot of change. Actually schooling hasn’t felt all of that change yet,” Gillard said.

“At the end of the day we’re relying on the same models of education that were around when I was in school, with classrooms, teachers and that way of instructing.

“In the next few years we’ll see a complete change in what we can see of as a teaching workforce, we can add all sorts of professions and skills, the way in which technology is integrated in the class and the way you can access the best teaching from any school.

“All of this lies in front of us. It’s a great time for creative minds to be thinking about what the shape of the future is going to be. I think it is unimaginable that if we were back together in 20 years that classes will still look like they do today.”

What we can learn from Silicon Valley

“I think we’re getting better than we used to be but we’ve got to be better again. Of the things that all went together to make Silicon Valley, it was higher education, great universities actually being engaged, incubating, having doors open and ideas flowing,” Gillard said.

“One of the big problems in our economy is we’ve got the smart people in universities and they invent really amazing stuff, but it never percolates through to the business and entrepreneur community. There’s not the exchange between that community and the universities about what’s next.

“There are some structural things that we need to think about that will help catalyse the kind of development between universities and entrepreneurs that helped create Silicon Valley.

“And then it’s a culture among entrepreneurs themselves, but the very fact you do this, that you bring people together, is part of that change.”