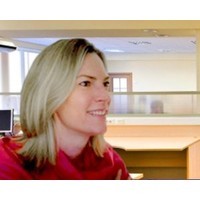 The appointment marks a radical shift in hiring strategy for the search giant. The last two local chiefs have been media bosses. Leeder was deputy COO at News Digital Media, while Karim Temsamani joined from Fairfax.

Coming from the consumer goods giant, Carnegie has no apparent background in leading a technology company. However, in a recent interview with LeadingCompany, Carnegie stressed that at Procter & Gamble, “innovation is part of our lifeblood”.

The CEO of media-buying agency OMG, Leigh Terry, tells LeadingCompany that while he hasn’t dealt directly with Carnegie, she has a reputation as being “phenomenally bright”.

“People say she’s very ‘with it’, and I think that’s required of any leadership role, particularly one such as this where you’re working with such a diverse team.”

Terry says the fact that Carnegie doesn’t come from a media background is a clear sign that Google plans to engage more directly with CEOs and marketing directors in Australia.

“She’s somebody who’s been with Procter & Gamble for 20 years, in both marketing and management roles. She’ll have the experience to speak far more directly to CEOs and marketing directors about Google and its plans, which is very good from an advertising perspective.”

Carnegie is a keen advocate of women in leadership, particularly when it comes to childcare.

“As a percentage of after-tax income, childcare is incredibly expensive,” she said. “When you look at the numbers and where women’s participation falls off, it is typically around childbearing age. The cost and affordability of childcare is a disproportionate barrier.

Carnegie said that Procter & Gamble was very careful about how it supported new parents in the workforce, which meant 90% of women who went on maternity leave at the consumer goods giant returned to work at the company.

“I very much take advantage of flexible work practices,” Carnegie said. “It doesn’t mean I don’t work, but it enables me to better balance commitments with my husband.”

Carnegie will begin her new role at Google on June 15.