Google cuts back on 20% me-time: Can innovation be the work of one department? 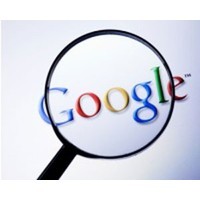 For months, rumours have circulated that Google has axed its commitment to giving its workers 20% of work time for self-directed projects.

Over the weekend, those rumours received strong validation, when Google sources told online business publication Quartz that the company is slowly eliminating its 20% time commitment.

First, it required engineers to get approval from their managers to work on independent projects. And now, the website claims, Google’s upper management has discouraged managers from approving such requests.

In a follow-up to Quartz’s story, Google engineers told the publication that stack ranking, where employees are ranked according to job performance, discourages the use of 20% time.

Products such as Gmail, Adsense and Google News have all emerged from the 20% time policy, which has in the past been praised by Google executives as one of the company’s key competitive advantages.

The change marks a shift in Google, as the company changes from prizing an innovative, start-up culture to a more traditional corporate one where innovation is siloed into specific departments, like the secretive Google X labs.

“People look up to Google,” he says. “They’re a real thought-leader. And Google’s success speaks for itself.” Companies inspired by Google’s 20% time include Australian tech success story Atlassian, which operates a similar program.

“Now that Google appears to be winding down or limiting this initiative, I think it will definitely impact other leaders and organisations, who will be less likely to start these initiatives if they haven’t already,” Hudson says.

“This is a pity. Research by Adobe recently said that only one in four people are realising their creative potential. The biggest barriers causing this are a lack of time and a lack of tools.

“I think the 20% rule gave people time to think creatively, and the management and leadership tools necessary to do so. I’m curious to see whether this is the kind of policy that works in the short-term, but costs Google in the long term.”

Asked whether innovation can successfully be restricted to the job description of one person or one department, Hudson says it depends on the innovation being considered.

“With product innovation, it makes sense to have that be focused and driven by a specific department, with access to marketing and consumer insights.

“But if you want broader innovation, you need an innovative culture. Only then can you see innovation across the board, in things that aren’t glamorous such as better ways of serving customers, or better ways to do payroll.”

Hudson adds that there’s always a trade-off in large companies between innovation and productivity. Companies are under pressure to focus on what they’re good at, and move away from being all things to all people. And a movement away from an innovative culture to a specialised one is part of the natural evolution of large companies.

“I think plenty of the big technology companies are going down this route,” he says. “Apple, you could argue, is doing something similar. With the demise of Steve Jobs, they don’t have this visionary leader who wants to stick to the company’s roots, and they’re becoming a much more traditional company as a result.”