Has ASIC become too big to do its job properly? 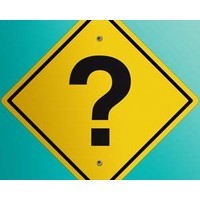 Stephen Long’s story last Monday night on the ABC’s Four Corners beautifully illustrated the human cost of financial misconduct, as retirees and widows described the pain of having lost their super funds and savings in dodgy financial schemes.

It is yet another in the heartbreaking tales of ordinary people coming to grief in the wash-up of the global financial crisis, as in the USA and in the United Kingdom.

The difference is that politicians and regulators in the UK and USA are doing something about it.

The regulator responsible in the cases documented by Four Corners is the Australian Securities and Investment Commission (ASIC) whose chairman Greg Medcraft did not exactly cover himself with glory when questioned by Long.

After professing ignorance of information presented by the reporter (and there is absolutely no reason why Medcraft should be across all the details) he tried to shift the blame to his predecessor Tony D’Aloisio for failing to answer questions posed by an investor burnt in the collapse of Prime Trust.

To its credit, ASIC is bringing the Prime Trust case to court but, in the meantime, funds are frozen and retirees are forced back to work to make up for the losses.

In his interview, Medcraft shrugged his shoulders and claimed that preventing financial misconduct of this sort wasn’t actually ASIC’s problem, and stated that the regulation of the so-called shadow banking sector was deficient. This was not, however, the view of the Reserve Bank of Australia, which last year, denied there was a (big) shadow banking problem and, if there was, it was ASIC’s problem anyway.

There are layers of problems (and potential solutions) here, but the issues of consumer protection against financial misconduct, raised by Four Corners, have been aggressively tackled elsewhere. In the UK, with the new Financial Conduct Authority and in the United States with the new Consumer Financial Protection Bureau it has been recognised that a dual track is needed, more intrusive regulation to protect consumers from ever more complex financial products (and their spruikers) and better education for consumers.

Even more disclosure is not the answer. It is obvious that unscrupulous firms can hide details, for example about exorbitant intercompany management fees, in reams of fine print.

The front line for consumer protection in the financial sphere in Australia is ASIC through its MoneySmart website, which “offer(s) you tips & tools to help you make the most of your money”. While well meaning, such as giving you advice to “pay off your loans and credit cards faster” (hardly rocket science) and to consider working longer if your super has been depleted by the GFC (hardly compassionate) it is a mishmash of different “tools and calculators”.

The information given by the calculators is, at times, misleading and, sometimes, downright wrong.

Consider the following screen from the MoneySmart superannuation calculator of a hypothetical 25-year-old earning $50,000 per year and his/her super balance at retirement.

A recent piece in The Conversation by Graham Wells highlighted the problems of economic forecasting over even a three or four-year horizon, never mind the 40 years of the MoneySmart calculator. Such precision is less economic forecasting than looking at tea leaves or chicken entrails. Professor Wells gives some good advice “when it comes to economic forecasting, it’s wise to admit to uncertainty”.

But ASIC admits no uncertainty. In its statement of ‘strategic priorities’ number one is to have “confident and informed investors and financial consumers” and within that the top objective is “education – investor responsibility for investment decisions remains core to our system, understanding risk and reward and diversification is paramount”. The superannuation calculator provides absolutely no indication of the risks inherent in the 40-year journey to retirement.

ASIC’s remit is huge. It is the corporate regulator, looking into matters of corporate governance for millions of companies, large and small, throughout Australia. It has a licensing role for credit intermediaries. It is an investigating and prosecuting body for corporate malfeasance. And, furthermore, it has just picked up the gig of regulating market operators, such as the ASX.

The question must be asked, has ASIC become too big to do its job thoroughly? Note this is not ASIC’s problem, but is the fault of the politicians who set the system up in the first place.

ASIC has a lot on its plate; it is hardly surprising that sometimes things fall through the cracks. Other jurisdictions have recognised the increasing complexity of the financial landscape and the problems faced by an ageing baby boomer generation unused to this new landscape and have taken strong action. They have realised the need for more focus in this area.

The huge Australian superannuation pot (some $1.5 trillion of which almost one third is in self-managed super funds) and the Australian obsession with property as an investment vehicle is, as history has amply demonstrated, a honey pot for unscrupulous shysters.

And unless one believes that somehow Australian financial institutions are more moral than others, AND Australian regulators are much better than those in the rest of the world, AND that the Australian consumer possesses superior financial knowledge and skills than consumers elsewhere, there is a case for considering what other jurisdictions have done and beef up consumer protection.

The best time to fight a financial crisis is before it happens, not after.