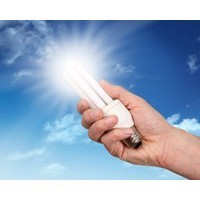 The new year begins precariously. The global economy vacillates between signs of recovery and omens of collapse. Businesses seem paralysed. Even though they’re sitting on $2 trillion in cash, they’re risk-averse, strategically incremental and notably lacking in fresh ideas.

We think this stinks. The world needs invention and daring now more than ever. Now is the time for audacity, not austerity.

To that end we’ve asked experts and leaders from many disciplines to propose audacious ideas that attack big, difficult problems while improving the economy and society as a whole. Though these ideas are bold, they’re not quixotic. They represent real business opportunities. They aren’t lectures; they’re conversation starters that ask the one question that sparks every revolution: why not?

Give people shares of GDP

Time frame: Before the economy tanks

Corporations use a combination of debt and equity to finance their investments and operations. Nations, in contrast, rely exclusively on debt. When a nation’s economy stalls and its debt continues to grow – you may have noticed this happening a lot recently – disaster looms for the country’s taxpayers. This is why Europe is in turmoil right now. But things don’t have to work this way.

Here’s an audacious alternative: countries should replace much of their existing national debt with shares of the “earnings” of their economies. This would allow them to better manage their financial obligations and could help prevent future financial crises. It might even lower countries’ borrowing costs in the long run.

National shares would function much like corporate shares traded on stock exchanges. They would pay dividends regularly. Ideally, they’d be perpetual, although a country could always buy its shares back on the open market. The price of a share would fluctuate from day to day as new information about a country’s economy came out. The opportunity to participate in the uncertain economic growth of the issuer might well excite, rather than scare off, investors – just as it does in the stock market.

Mark Kamstra of York University and I have mapped out how these new national shares could work. We propose that they pay a quarterly dividend equal to exactly one-trillionth of a country’s quarterly gross domestic product, the simplest measure of national earnings. We could call these shares “Trills”. A Trill issued by the US government, for instance, would have paid $13.22 in 2010, in four quarterly instalments. The payoff in future years would vary, of course. If the economy surprised us on the upside, dividends would go up; if it slumped, dividends would fall.

The market would determine the price of a Trill, which would be volatile. It would depend not only on the most recent dividend but also on investors’ expectations for the future, which can change minute to minute. There’s some evidence that a Trill might often be expensive relative to the dividend, which would be good for the government issuer. Shares of many US corporations and 10-year US Treasury notes now sell for over 50 times their annual dividend. Since the growth rate of real US GDP has been higher than that of real Standard & Poor’s 500 earnings in the past (3.1 percent annual GDP growth versus 2.5% annual S&P 500 growth over the past half century), Trills might very well sell for a multiple higher than 50, too.