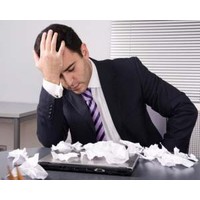 Experts have welcomed changes to continuous disclosure rules proposed by the Australian Securities Exchange (ASX), a draft of which was released yesterday.

Deciding when and what to disclose to the market has been a source of considerable confusion for the directors of listed companies, and created tension between them and the corporate regulator, the Australian Securities and Investments Commission (ASIC).

Most recently, ASIC and the Andrew Forrest’s mining company, Fortescue Metals, were locked into years of court battles over an issue of continuous disclosure (and misleading and deceptive conduct) that cost both sides a lot of money.

The Fortescue case was so controversial, in fact, that the ASX held off from issuing new guidance on the matter until the case concluded in the hope that the court ruling would clarify the matter.

In the end, the court did not address continuous disclosure, and directors were none the wiser.

There are three major areas of more detailed guidance in the “Review of ASX Listing Rules Guidance Note 8. Continuous Disclosure: Listing Rules 3.1 – 3.1B”

There are another nine areas where the guidance notes provide more detailed guidance, and three that are being withdrawn.

What does ‘immediately’ mean?

Under the draft new rules, the issue of what constitutes “immediate” disclosure has been clarified, says Judith Fox, director of policy, Chartered Secretaries Australia.

“It does make it easier,” she says. “They have put out two versions: 69-page versions for company secretaries and legal advisors, and a 12-page version for directors.

“The reason it will make life easier is because the ASX have genuinely tried to provide useful guidance about a really challenging area.”

The matters had become contentious because infringements issued by ASIC suggested the regulator’s interpretation of immediately was “instantaneously”, Fox says.

Directors struggled to balance their obligation not to mislead the market and their obligation to disclose immediately any matter that might affect the share price. “What if it is financial information that needs verification, or the legal advisors need to look at it?” says Fox. “To get the board together may take time: some members are on planes or in different countries, and they have to bring their judgment to bear. They may take a different view from the executive about what is material.”

The guidance now says that immediately means “promptly, without delay” Fox says. “What that says is, ‘we understand there are different processes and steps and we will take those into account’. But it will always be on a case by case basis,” she says.

The ASX has also clarified the use of trading halts as a means to manage continuous disclosure, saying it will grant a trading halt to an entity that needs time to prepare a market sensitive announcement.

“The really important thing is to make sure the disclosure is not misleading, but there is a caveat,” says Fox. “If the market [company’s share price] is going for a gallop up or down, then you must get information out immediately.”

A briefing from law firm Clayton Utz says: “If your share price moves, or trading volumes increase, confidentiality has been lost.

“ASX confirms its position that it will regard specific media or analyst comment or other market rumours about particular information or a significant movement in an entity’s market price or trading volume as evidence that confidentiality has been lost in respect of that information.”

Fox is also pleased to see the ASX provide guidance on what constitutes “material information”, a matter that can cause considerable concern to directors.

Clayton Utz says: “One of the drafting changes made to Listing Rule 3.1A is to move the “reasonable person” test to the bottom of the list of matters that need to be satisfied in order to qualify for the exception to disclosure.

In practical terms, this means that ASX is de-emphasising the importance of this limb of the exception.”

Law firm Minter Ellison’s alert on the issue explains: “GN 8 offers a guide to directors and officers of listed entities when faced with the decision on whether to disclose. They should ask two questions:

Fox says many directors would already use such an approach, but says it is good for the ASX to put down “sensible suggestions” that align their thinking with those of shareholders.

The consultation is open for comment until end of November, when the ASX will issue a final guidance note

Fox says: “I think everyone is going to see this as a really genuine effort to assist, and as really providing much better and more specific guidance on very difficult challenges.”