High costs mean we can’t compete with Asia on business 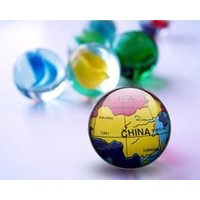 According to a CPA report launched today, Australia’s Competitiveness Survey: Preliminary Findings, Australia’s lack of integration with Asia is affecting its ability to compete internationally.

The survey of 6,000 business decision-makers, of which more than 4,000 were from Australia, found Australians typically placed a relatively low level of importance on access to, and knowledge of, Asian markets and bilingual staff.

Correspondingly, overseas respondents generally rated Australia as poor in its knowledge of Asia and its languages.

Following the International Monetary Fund’s finding that Australia is the third most expensive place in the world to do business after Norway and Switzerland, CPA Australia chief executive Alex Malley said  the cost of doing business in Australia hindered international competitiveness.

“The input costs of doing business at the regulatory level and the physical costs level and the employment costs are non-competitive.”

“Australian businesses are not competitive and there is a real sense that people are waiting for the government to find a panacea and they are not going to,” he says.

“There is no evidence from parliamentary behaviour from the last few years that anything is going to be done to address competitiveness. We have to organically create change and stop being frustrated by political gridlock.

Malley says that 20 years ago Australia had a pretty obvious value proposition to emerging markets and they made an effort to learn about Australia’s economy and culture, but now Australia’s business and economy is falling behind as its businesses have not made inroads in terms of language and culture.

“People get thrown off by the term global and say they can’t relate to that but they can relate to local.

“Business needs to have a local conversation, local in their sector but across borders.”

Malley says there are opportunities for chambers of commerce and other institutions to share knowledge and build alliances with SMEs in Asia.

CPA Australia is also calling for reform of Australia’s tax system; with Australian survey respondents ranking Australia’s payroll tax as 75 where 1 is the highest ranking and 76 is the lowest.

“What has become very, very clear is that the complexity of our tax system is a deterrent and there is a perception in Asia of an inability to formulate uncomplicated policy that is sustainable so people can make long-term decisions,” he says.