How 3D printing will shake up your industry 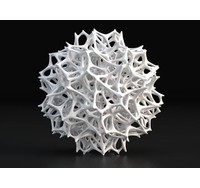 It’s been dubbed “the next industrial revolution”, “bigger than the internet”, and “the downfall of capitalism”. It’s called 3D printing, and if things pan out the way technology enthusiasts insist they will, it could change many of the world’s biggest industries.

Futurist Ross Dawson says now is the time for leaders to assess the impact of 3D printing on their business. “It’s absolutely something to look for now in terms of the landscape,” he tells LeadingCompany. Industries such as retail and manufacturing will certainly be affected and, surprisingly, the food sector might also see change. And so might society: guns can also be printed.

3D printing – explained shortly – was first developed more than 20 years ago at the Massachusetts Institute of Technology, and was initially called ‘additive printing’. Until recently it cost hundreds of thousands of dollars to buy a functional 3D printer. But simple models are now available for just a few thousand dollars, putting them in the reach of thousands of enthusiasts and researchers for making prototypes, or just for fun. The sale of 3D printers is already a $1.7 billion market.

Commercially, the use of 3D printers is growing, especially for short manufacturing runs. A Brisbane-based aerospace contractor, Ferra Engineering, will soon use 3D printing to make airplane parts. Its chief Mark Scherrer told the Australian Financial Review using the technology would leave less metal waste and be cheaper than using traditional manufacturing.

Airbus is looking at using 3D printing to build a plane, saying printing it could lead to a lighter, more complex design than is currently feasible using common manufacturing methods. Mercedes, Honda, Microsoft and Boeing use it to make prototypes.

3D printing differs from traditional manufacturing. Most plastic objects are made using moulds, which are filled with plastic and then cooled. 3D printing, on the other hand, builds objects layer by layer, based on a 3-dimensional model created by computer software. The raw material, most often plastic but sometimes metal, is put in at one end, heated to melting point in the printer, extruded onto the printing surface in layers to form the object, and then cooled.

Complex gadgets need to be printed in parts, and then assembled.

Which industries will be affected?

Although 3D printing is in its early days, some trends are already starting to emerge.

For those who make high-tech, specialised products, 3D printing can reduce costs. Associate professor Andrea O’Connor, an engineer at Melbourne University, is part of a team that uses 3D printing to make medical device prototypes.

“What we print is plastic,” she explains. “The 3D printer gives us the ability to design something exactly the way we want, without being limited by machining techniques.

“It’s a fantastic tool for our research and development – we can print something, test and play around with it, and easily make improvements. We’ve also found it very useful in our interactions with the end users of our products – in our case plastic surgeons. We can show them the prototype, and they can make suggestions about how it could be altered to better fit their needs. Being able to actually show them something is a fantastic communication tool.”

O’Connor says that for mass-produced plastic goods, it’s still cheaper to use moulds. But for anyone making limited runs of items, 3D printing has a lot going for it.

Another area likely to be changed by 3D printing is retail.

When it comes to plastic or metal products, it could offer retailers a way out from their inventory management challenges. Goods that sell in small quantities could be printed on demand, rather than bought from factories and stored in the hopes of finding a sale.

3D printing is mainly used for metals and plastics at the moment, but that could soon change.