How a local company cornered the world toy market 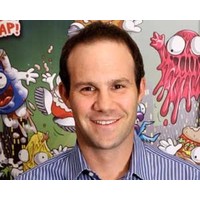 How does a toy manufacturer based in Melbourne’s East Bentleigh take out the American market and compete against giants such as Barbie, Lego, Mattel and Hasbro? How does a local company become such a big exporter that it gets written up in The Wall Street Journal?

Moose Toys generates about $100 million in revenue a year. About 80% of it comes from overseas.

Moose Toys co-chief executive officer, Paul Solomon, says it’s all about creating a fun, innovative workplace generating ideas that can be turned into a commercial reality.

The key is to think you’re in the rag trade. Solomon says working in toys is like running a fashion business.  After two years, kids want something new.

“Much like the fashion industry, there are new trends and tastes and fashion every season,’’ Solomon  says. “We are pretty much the same. You’ve got to keep innovating and coming out with meeting the trends and desires of consumers.

“Unless you’re one of the world’s well-established brands, toys only last two or three years until the next thing [comes along] so you’ve got to ensure that you’re always coming out with something new.

“You have to be ahead in this game; you can’t sit still or you’re going to be left behind.”

From its relatively small operational headquarters in Bentleigh, Moose Toys now sells to 85 countries.  “We are getting consumers from all over the world coming into us,’’ he says. “We’re in Kazakhstan, we’re in Russia, we’re in Lebanon, Philippines, all the way to Brazil and Venezuela and Argentina as well as the major markets.”

About 50% of Moose’s revenues comes out of the US. Australia generates 20%.

How does Moose compete with other toy companies globally, including China?

“Product is king,’’ he says. “It’s all about innovation.”

“We have a huge R&D department. We have engineers, we have product designers and a large creative team.

“We have a very good team of people. It’s been very important for us and something we always stuck by was we only employ the best and have outstanding people across the company, particularly our senior people. A lot of them have been with us for a long time. We let them do their thing and they do it well.”

For example, Trash Pack, released last year, is on the way to becoming the company’s most successful product. The  tiny collectible garbage cans feature the putrid items you find at rubbish tips, with names like Rancid Roach and Putrid Pizza. And they’re a hit with kids.  In the US, Trash Pack made last year’s Toys’R’Us Fabulous 15 list of items to buy. In other words, Moose Toys has been promoted by one of the world’s biggest toy retailers.

It hasn’t all been plain sailing. In November 2007, Moose suffered a massive blow. Its Bindeez range of craft toys was voluntarily recalled after discovering it contained a dangerous chemical that could cause seizures, drowsiness, coma and possibly death. The problem occured when the company’s manufacturer substituted a non-toxic glue for a highly toxic one. As the switch occurred in an unknown number of batches, the recall was estimated to have cost the company millions of dollars.

Those horrible events are behind Moose Toys now. This year, Moose expects to sell 100 million units this year but Solomon says the company can’t afford to stop innovating. It has to find the next big thing. “They’re into trash at the moment but what are they going to be into next year and the year after?’’ he says.

Micro Chargers are the latest Moose offering. The micro racing cars, about two centimetres long, take eight seconds to charge and race at speeds of close to 1000 kilometres per hour. Using a handheld battery charger, kids charge the tiny cars and launch them. The range features over 30 vehicles and two different car models.