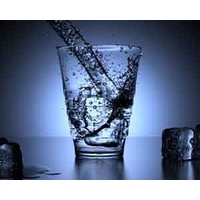 You might think that emerging country companies are more ready to address the needs of and win customers in other emerging markets.

Indeed, India’s Godrej Consumer Products Ltd is expanding rapidly via acquisitions of Issue Group and Cosmetica Nacional in Latin America, while China’s Huawei has a large direct presence in India’s telecom market. But we believe that multinationals from rich countries that are already developing products for one emerging market possess unique advantages that can help them win in other emerging markets too.

For example, in August 2011, consumers in Mexico’s fifth-largest urban area, Toluca, were offered a new product, PureIt, a home water purifier that enabled them to not have to lug 18-kilogram bottles of drinking water to their homes from the grocery store. Consumers in many developing countries don’t trust the quality of the municipal water supply; some boil their own water, others buy bottled water and yet others purify the water in their own homes.

Mexican consumers traditionally did not install home water purifiers, so Anglo-Dutch giant Unilever was building a new category. PureIt, sold by Unilever, was not designed in Mexico or in Europe, however.

Similarly, California-based Cisco Systems launched an entire new global business unit called Smart+Connected Communities from its Bangalore location, dubbed Cisco East. The smart building router was the first developed for the Indian market but is now available globally. Wim Elfrink, who led Cisco East for five years, told India’s Economic Times: “The ideas and concepts are coming from our Bangalore centre. So it’s not that we do things in India for India; we are doing for the Asia Pacific, for the US. This is not something I had anticipated three years ago.”

Panasonic of Japan is designing air-conditioners in India that address the unique requirements of tropical climates and customers accustomed to an air blast from swamp coolers. Indian engineers working for Panasonic and its outsourced partners are now designing products for other tropical emerging countries.

Yamaha, another Japanese company, has found a huge market for its headquarters-designed motorcycles in India where they are used for primary commuting, not just for recreation. This year, it decided to develop a $500 motorcycle in India and will use the design to address emerging markets, according to Yamaha India CEO Hiroyuki Suzuki.