How flexible conditions can work: The Aegis story 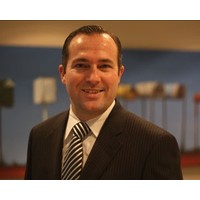 It takes a robust structure to properly run a flexible work program, as the outsourcing specialist, Aegis, has found out.

The global company employs 2000 workers in Australia and New Zealand, and in recent months, 90 of them have started working permanently from home.

The program took a bit of trial and error before it started working, Aegis CEO Chris Luxford tells LeadingCompany. “It’s like anything you do in business: when you do something different or change a process, you have to have structure around that process,” he says.

The company started by trialling both higher- and lower-performing workers at home. The results astounded Luxford.

The key to this variation was the impact of social interaction. Some workers excelled in the bustle of a busy office, and this was an important part of their success in a normal office environment. It was clear that working from home didn’t work for them. “They told us within two weeks they were going stir-crazy and wanted to come back to the office.”

Other workers excelled at home for a variety of reasons, including reducing travel and balancing family commitments. “The profile of the individual is really important,” says Luxford. “It’s about understanding the sort of individual they are, their psychology, and figuring out whether they’d be able to confidently work from home.”

By giving workers both options, Aegis was able to get the most out of all its workers.

As well as figuring out who was ideal for its flexibility program, Aegis had to make sure there was appropriate training and feedback.

“Look, we’ll be honest: it wasn’t great to begin with,” Luxford admits. “Some people had Oprah on in the background, you could hear that when they were talking. We had to go through that evolution of training: say to people ‘No, you’re here to work, so you can’t have things in the background. You can’t have a dog barking or things like that.’

Even when working from home, Aegis employees receive regular feedback from managers. “Their team leaders talk to them two to three times a day every day,” says Luxford. They also come into the office regularly, ranging from once a week to once a month, to train and interact with their team.

Part of the reason flexibility has worked so well at Aegis is due to the peculiarities of the industry. Asked whether he’s ever worried workers are just slacking off at home, Luxford shakes his head.

“Contact centres – the industry we’re in – is very highly metric-managed. There’s a lot of data on performance … not just on the output but also the quality of performance.”

“So from an overall performance perspective it makes no difference whether the person is physically on site or whether they’re working from home. It’s exactly the same regime.”

The program has been embraced by a wide variety of staff, not just young people and mothers with young children. Some of the most enthusiastic have been staff who live in the outer-metro or regional parts of Victoria. “We’ve got people in Ballarat and Bendigo, and while they do come down here, it’s a long commute, and working from home for them is much easier,” says Luxford. “They save two or three hours a day that they can otherwise spend with their families, and yet their output is the same or better than if they were in the office.”

There are rewards for Aegis, too. “We find that we have a significant increase in loyalty from staff who work from home, because they don’t get that flexibility from other employers,” he says.

“From those who do work from home we find they have a much longer tenure.”

At the moment, it’s Aegis’ frontline staff who engage in flexible work. No middle or senior managers yet work from home. But Luxford says he’s open to the possibility.

“I have a very strong philosophy that work is something you do – not somewhere you go… So if someone calls up and says ‘Today I won’t be in the office; I can do my work from home’, we’re very comfortable with that.”

How to build a corporate culture when workers aren’t at work?

For most companies, having a strong and attractive culture is one way of winning the war for talent.

Luxford acknowledges culture is a constant concern for Aegis, but not one he says is exacerbated by flexible work.

Aegis brings its flexible workers regularly into its main office. “If we left them at home five days a week and they never came in, I agree it would have a cultural impact,” says Luxford. “But we work hard to make them feel part of the organisation.”

Luxford says creating a unified company culture is a struggle for many businesses, particularly those spread across the globe. “In many cases companies today are highly distributed beasts … Some of their work might be offshored to an office in another country. They might have a head office in the CBD but other offices outside that.

Aegis, as a provider of outsourced labour, deals with corporate clients who can chose whether or not they want flexible workers on their contract. Luxford admits in many cases, Aegis has to sell the program to them.

“There are some clients who still absolutely go ‘Oh, it sounds like it’s well organised but we don’t want to do it.’ It is still something we have to sell. But we’ve gotten to the point now where we can demonstrably show the benefits for all concerned.

“And it is getting easier.”