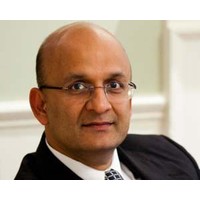 During my undergraduate years in India, I spent summers interning at several companies. I was mostly doing basic engineering projects, and I was definitely the lowest person in the pecking order. I got constant reminders of my status, such as when the tea cart came around each afternoon: high-ranking officers were served tea in a porcelain cup on a tray with milk, sugar and biscuits or other snacks; midlevel managers received no tray; and workers like me were given premixed tea in an ordinary cup. But there was another gauge of where I ranked in the corporate hierarchy, and it had a big impact on me. It came in the form of a tattered magazine that arrived on my desk one day.

One of the companies where I worked had a single subscription to Harvard Business Review, which executives passed around for set periods, like a library book. When a new issue arrived, the CEO got first crack at it: he would take it home for two weeks to read at his leisure. After his turn, each of his direct reports took the magazine for a few nights. Next came a lower-level group of managers, who got HBR for a day or two each. By the time a wrinkled, dog-eared copy reached me, it had probably been out for six months. Still, I was thrilled to have it.

Reading HBR was my first exposure to management thinking. As an engineer, I was unfamiliar with these ideas, and I remember saying to myself, “Wow, this is a whole new way of looking at the world.” This was in the late 1970s and early 1980s, when Japanese theories about total quality management and how to organise manufacturing were just taking hold. I first read about them – and about Michael Porter’s five forces analysis, introduced only a couple of years earlier, and instantly recognised as a profoundly important conceptual framework – in HBR.

Beyond just exposing me to the magazine, that summer job gave me a chance to see the impact HBR could have on a real-world company. I was working at an electrical equipment manufacturer, and after managers there read an HBR article about cell-based manufacturing, they brought in some consultants from Japan and completely reorganised their largest plant, dramatically improving its efficiency.