How limiting our coal exports could save struggling Australian industries 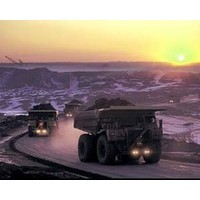 Last week, Greenpeace released a report calling for a halt to Australia’s burgeoning coal exports and pointing to the catastrophic climate impacts they would cause. In response, Mitch Hooke, chief executive of the Minerals Council of Australia, took a standard industry line: “The proposal to stop Australian coal exports won’t stop global coal use – it will just send Australian jobs offshore and deprive state and federal governments of billions in revenue”.

Arguments that the strength of the Australian economy is heavily dependent on digging up and shipping out as much coal as possible, as quickly as possible, are common. Of course, they also imply that economic arguments trump any concerns about contributions to climate change.

But leaving that aside, how true is it? Would slowing or halting Australia’s coal exports really deprive Australians? What would it mean for Australian jobs?

Research by The Australia Institute suggests that slowing down the pace of coal exports would actually result in enormous benefits to the Australian economy. It would allow our other key export industries – including manufacturing, tourism, education and agriculture – to expand, employing more people and paying more tax.

Because these industries are all far more labour-intensive than mining, less subsidised and mostly better taxpayers than mining, it would lead to more jobs and increasing state and federal revenue in the long run.

It’s no accident that the unprecedented expansion of mining in Australia has been accompanied by a sharp decline in many of our most important long-term export industries.

The relentless stream of manufacturing job losses, decline in tourist arrivals and overseas students, and declining agricultural exports are the collateral damage of allowing a breakneck mining expansion without regard to its impact on the rest of the economy.

The problem is that the more mining you have, the less you have of everything else.

For two decades from the early 1980s, exports from Australia’s non-mining industries were steadily increasing as a percentage of our GDP. This was a sign of an increasingly healthy diversified economy, better able to pay its way in the world. Then in the early 2000s, with the onset of the mining boom, something changed, and these industries have been heading south ever since.

The reason is that mining “crowds out” other exporting industries, which flows onto the rest of the economy, creating what we call the “two-speed economy”.

It has done this primarily through driving up the exchange rate, and creating an acute skills shortage.

The unprecedented rise in the Australian dollar is primarily driven by increasing commodity prices, and the massive $260 billion influx of foreign capital to fund the construction of mines and gas fields.

A further cause is that Australia has high interest rates relative to other developed countries, which means it attracts more overseas investment and further drives up the dollar. The Reserve Bank has cited the mining boom as a reason for every interest rate rise since 2005.

This has had a devastating impact on our non-mining exporters. Manufacturers who were receiving $100 for a product sold into the American market a few years ago now receive less than $70 for the equivalent item. The dollar has also appreciated by a similar amount relative to most of our other markets. Hotel rooms, meals and tours and university courses are similarly more expensive for those thinking of visiting Australia.