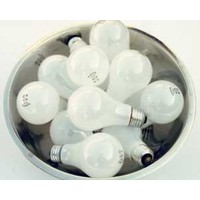 At Reebok, the cushioning in a best-selling basketball shoe reflects technology borrowed from intravenous fluid bags. Semiconductor firm Qualcomm’s revolutionary colour display technology is rooted in the microstructures of the Morpho butterfly’s wings. And at IDEO, developers designed a leak-proof water bottle using the technology from a shampoo bottle top.

These examples show how so-called “peripheral” knowledge – that is, ideas from domains that are seemingly irrelevant to a given task – can influence breakthrough innovation. “The central idea of peripheral knowledge really resonates,” says Wharton management professor Martine Haas. After all, who can’t think of examples when ideas that seemed to bear almost no relation to a given problem paid off in some unexpected way?

By bringing peripheral knowledge to core tasks, it is well known that work groups can recombine ideas in novel and useful ways. But the problem, Haas notes, is primarily one of attention: how do you get workers focused on a particular task to notice – and make use of – seemingly irrelevant information?

Haas and Wharton doctoral student Wendy Ham approached that problem by attempting to define the conditions under which peripheral knowledge is likely to influence breakthroughs. Their results are included in a new working paper titled, Peripheral Knowledge and Innovation in Work Groups: The Relevance of Irrelevant Knowledge. “We’re trying to understand what is special about knowledge that we don’t credit at all at the start of a task and may even find completely irrelevant,” Haas says. She concedes that breakthroughs often rely on serendipity – playing with a Rubik’s Cube might inspire a new architectural design, for example – but that shouldn’t deter investigation of the innovation process. Instead, she asks: “Can we understand more systematically what increases the chances of innovation, and not leave it completely to faith?”

Haas and Ham began mulling this question while conducting research at global advertising firm Saatchi & Saatchi – a font of fresh ideas, Haas recalls. Every company wants the advantage over rivals that innovation offers. Some, like ad firms, build innovation into their cultures, but few are good at it. “Most companies want more ideas than they have,” says Haas, “and don’t know how to make [innovation] routine.”

Perspective shifting occurs “when expertise or experience in a peripheral domain leads work group members to see a problem in a core domain differently, thus revealing new solutions.” As an example, Haas and Ham note that in order to commercialise electric cars, Israeli entrepreneur Shai Agassi borrowed the concept of a contract-based leasing model from the mobile phone industry. “Agassi pointed out that burdening consumers with battery-related expenses upfront is analogous to making car-buyers pay for several years’ worth of gasoline upon purchase of the car,” they write. “This perspective shift, from technology to economics, reformulated the problem at hand such that a wholly new solution set was discovered.”

However, both idea transplantation and perspective shifting rely on individuals paying attention to seemingly irrelevant information. So what are the conditions under which that is likely to take place?

To help break that down, the authors distinguish between what they call “knowledge stocks” and “knowledge flows”. Knowledge stocks are composed of accumulated expertise and experience that individuals might bring to a given task.

For example, a video game designer may have previously been a ski instructor. In that case, the designer’s knowledge of skiing in the context of creating video games would be viewed as knowledge stock. Knowledge flows, on the other hand, involve knowledge that individuals are actively engaging in while doing a task – whether that’s outside research, working to solve a problem in an unrelated area, talking with acquaintances in other fields, or reading an article on a topic that is seemingly irrelevant to the assigned task.