How tech could transform the future of healthcare 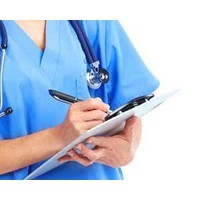 Mark Blatt, who is both a medical doctor and a business school graduate, had a revelation in the mid-1990s. This was before there was Skype, or Apple’s Face Time or smartphones with video. He was then a managing partner for a family medical practice when he went “on call” for the first time, covering the bases over a holiday weekend for 12 primary care doctors.

Blatt received about 200 phone calls between 7am and noon that he had to triage. “By noon I had taken care of more people than I did in a whole week in the office. I had probably done something substantive for about 80% and around 20% of them needed some sort of follow-up test or care,” he says.

“I sat back and realised this was not a bad idea. It wasn’t just improving cost savings by 3% or 4% – it was actually changing the care into an affordable product.”

The lesson stuck. Now Blatt is the worldwide medical director for Intel at a time when everyone is desperate for ways to cut healthcare costs without sacrificing – and possibly improving – patient outcomes.

Healthcare in the United States, in all its forms, including Medicare, is probably the nation’s most formidable economic challenge. Today’s US healthcare industry is unsustainable, with the world’s most unaffordable fixed-cost infrastructure, said Blatt.

It’s “in a bubble. What the US needs is a Moore’s law for healthcare. Let’s double the number of people we see and cut the cost in half.”

Some would suggest the clearest path to that goal would be to adopt healthcare systems closer to those of other major industrialised countries, which typically spend about half the amount per capita that the US spends, often with better health outcomes.

But Blatt’s ideas cut another path to savings, with the tools already in place for execution. “Most of you have a smartphone, which is capable of video communications with anyone anywhere on the planet,” Blatt said. Then he asked: “How many times have you been to the doctor in the last year when he didn’t touch you?” The implication was clear. We don’t need time- and money-consuming, face-to-face doctor visits nearly as much as we make them.

For the last decade, Intel has been pioneering telemedicine systems that substitute virtual connections for face-to-face doctor visits for large patient populations.

The experience holds lessons for the healthcare system in the US, Blatt suggested. To achieve major gains in healthcare in the US would take a new workflow approach that merges nearly all of the trends in digital technology to create co-ordinated communications and control matrices that would connect patients, clinicians and care facilities.

In addition to slashing the number of doctor’s visits to save money, Blatt sees another “fundamental” problem – co-ordination.

“Did you ever show up to a specialist and he doesn’t know why you’re there because the primary care doctor didn’t tell him? Did your doctor’s office ever call you and say ‘Come in and we’ll tell you your test results’, but when you get there no one can find the test results?

“We practice healthcare the same way we did – not in the twentieth century but the nineteenth century.”

In related projects in China, India, Brazil and the Middle East, Intel is involved in telemedicine pilots focused on refining “high volume routine care” systems that largely eliminate the need for face-to-face visits between doctors and patients.