How the two-strike rule became a big stick 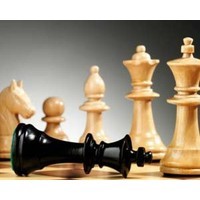 It’s the second year of the two-strike rule’s operation, and already, company boards have felt its impact. But in light of controversial second strikes at Globe International and MZI Resources yesterday, and Penrice Soda two weeks ago, is the rule working as intended?

The two-strike rule is an amendment to the Corporations Act that was introduced in 2009 with the view to curbing excessive executive salaries by empowering shareholders to stand against it.

Now, every year at the annual general meeting, shareholders have to vote on their company’s remuneration report, which lists the pay of key executives. If 25% or more vote against a report, that’s a first strike. Executives and other conflicted parties are not allowed to vote on the remuneration report, even if they have a large shareholding. If this happens two years in a row, a motion on whether to spill the board is automatically triggered. If 50% vote in support of this motion, the company is forced to hold an extraordinary general meeting (EGM), where the current board need to recontest their positions and others can put themselves forward.

So far this year, the second year of the rule’s operation, four companies – MZI Resources, Ask Funding , Penrice Soda and Globe International – have received a second strike. Two of them then had most shareholders vote for a board spill, forcing them to hold an EGM within 90 days. At Penrice Soda and Globe International, shareholders appear to have voted against the remuneration report for reasons other than a concern about executive pay.

At MZI Resources, company chair Mal Randall says he has no idea why one major shareholder voted against the remuneration report, resulting in the strikes. “We have had no explanation,” he told the Australian Financial Review. “I have two senior executives who are overworked and underpaid… It is just the system being abused. If people are going to vote against remuneration they should have to give a reason.”

At Globe, the current management owns 67.8% of the company. They couldn’t vote on their own remuneration due to the conflict of interest, but they can vote on whether to allow themselves back on the board at the EGM. For this reason, Globe chairman Paul Isherwood described the second strike at his company yesterday as “an expensive exercise in nothing”.

That’s certainly John Colvin’s view. Yesterday, the managing director of the Australian Institute of Company Directors told media that such use of the two-strike rule was “certainly a big concern”.

“When we argued against the legislation, we warned it would be used for things other than remuneration,” he said. “And that’s certainly what’s been occurring. It’s used as a weapon to oust directors.”

The two-strike rule, combined with a rising tide of regulation surrounding company directors, was discouraging good directors from taking positions in public companies, Colvin said. In its index of director sentiment, released yesterday, respondents said they spent, on average, 26% of their time dealing with compliance issues.

Judith Fox, the research director of Chartered Secretaries Australia, shares Colvin’s concerns about the use of the two-strike rule, saying in some cases it confuses and obfuscates the real causes of shareholder dissatisfaction.